Dell has announced what it is says is the world's most power 17-inch class AMD Advantage gaming laptop, the Alienware m17 R5. For anyone who is not familiar with AMD's Advantage program, it's essentially a design framework with set criteria for premium gaming laptops, with the combination of AMD Ryzen CPU and Radeon GPU hardware playing key roles.
The Alienware m17 R5 is an ideal candidate for AMD Advantage. These are bigger laptops for those who prefer the 17.3-inch form factor, with the design chops of Dell and its enthusiast-oriented Alienware division. And as you might expect, this latest generation model takes advantage of AMD's newest CPU and GPU silicon. 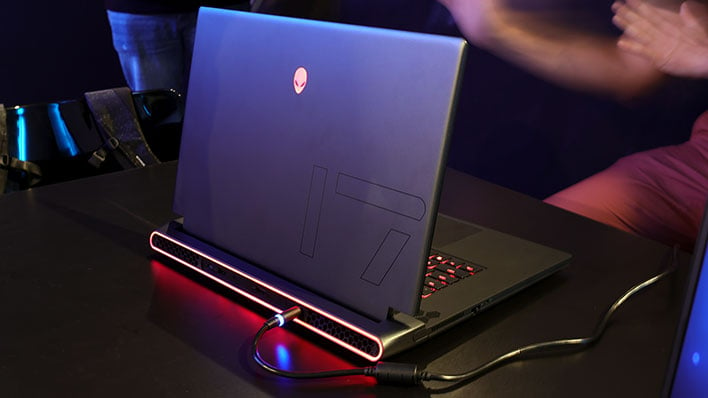 On the CPU side, there are three processor options from within AMD's freshly minted Ryzen 6000H series. They include...
These are all based on AMD's refreshed Zen 3+ architecture manufactured on TSMC's 6-nanometer node, otherwise known as Rembrandt-H. All three figure to be powerful gaming chips with varying max boost clocks, as outlined above.

AMD's latest silicon also makes the leap to DDR5-4800 memory. The Alienware m17 R5 accommodates this with a pair of SO-DIMM slots that can be populated with up to 64GB (2x32GB) of DDR5-4800 in dual-channel mode. As for storage, Dell is offering up to 4TB of NVMe SSD storage in either a single-drive or dual-storage configuration. Interestingly, Dell notes that while the Alienware m17 R5 supports RAID, it will not be offered as a shipping configuration, even when opting for a dual-storage array. 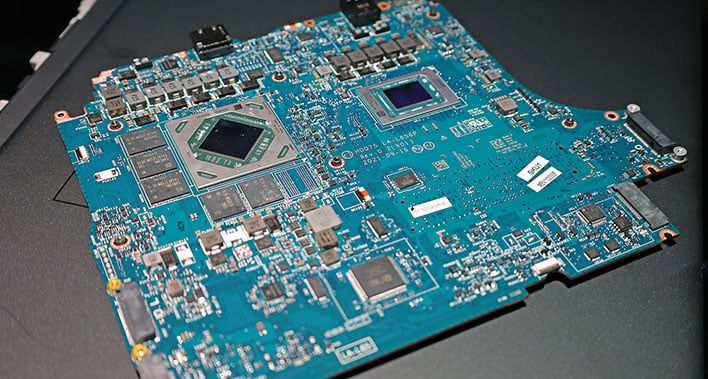 Dell is also offering a range of graphics options, including AMD's Radeon RX 6700M with 10GB of GDDR6, and its new Radeon RX 6850M XT with 12GB of GDDR6. Alternatively, buyers can opt for a range of NVIDIA GeForce RTX 30 series solutions, starting with the GeForce RTX 3050 Ti with 4GB of GDDR5 memory.
Buyers can also select from three display options. Two of them are 1080p panels with G-Sync and Advanced Optimus support, one with a 165Hz refresh rate and 3ms response time, and the other with a blazing fast 360Hz refresh rate and 1ms response time. The other display option is a 4K resolution screen with a respectable 120Hz refresh rate and 3ms response time.
The 4K option supports AMD's FreeSync and Smart Access graphics technologies, the latter of which is the first implementation on a laptop.
As for connectivity, on the wireless side the Alienware m17 R5 can be equipped with a Qualcomm Wi-Fi 6E + Bluetooth 5.2 module or a Mediatek Wi-Fi 6 + Bluetooth module. Then for wired connectivity, users will find an assortment of USB connectivity 3.2 connectivity, a USB4 port, an HDMI 2.1 output, and both 2.5Gbps and 1Gbps Ethernet ports.
The Alienware m17 R5 will be available this spring starting at $1,599. Dell also said it is bringing back its Alienware m15 R5 with both AMD and Intel processor options, which will be available in spring as well starting at $1,499.