Microsoft's list of known issues in Windows 11 is shockingly short, but among the myriad problems enumerated for the latest version of Windows is a new entry called "Applications using Win32 APIs to render colors might not work as expected."

It sounds monumentally disruptive—after all, virtually all of the applications that anyone uses on Windows use the Win32 APIs, much to Microsoft's chagrin—but there's a note in the fine print that makes this problem rather minor for most folks. The issue only affects "some image editing programs" on "certain HDR displays." Frustratingly, Microsoft declined to disclose what image-editing programs or which HDR displays it's talking about.

It's no surprise to read about HDR issues in Windows. Just look at the discussion boards for any PC game that supports HDR output, or reviews of HDR monitors. We shouldn't necessarily blame Microsoft for this, though. Most of the technologies for HDR display output were created with film in mind, and as a result, they're optimized for a single source (e.g. a video stream, whether from disk or network) and a single full-screen output.

That's pretty far from the way we use PCs these days. Technologies like HDMI 2.1a's Source-Based Tone Mapping will go a long way toward resolving these kinds of issues, but Microsoft's known issues list actually seems to lay the blame on on Windows itself. The notes on the issue say that it's caused by "certain color-rendering Win32 APIs" returning garbage "under specific conditions." 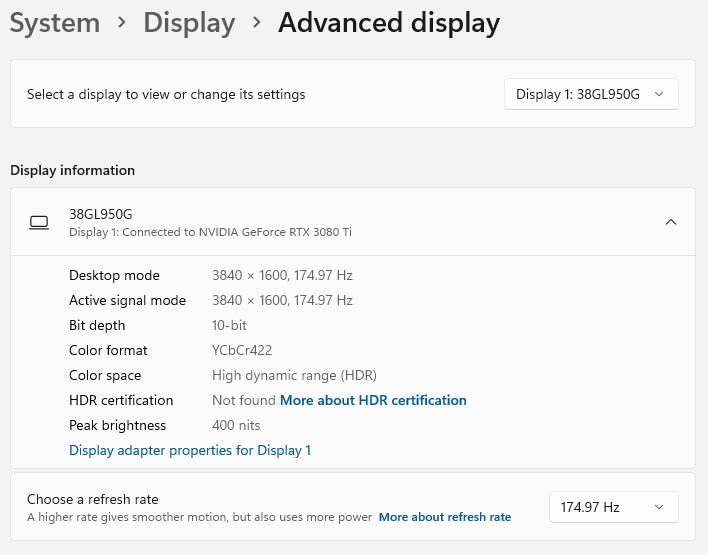 Microsoft does note that not all "color profile management programs" are affected, and that the color profile options in the Windows 11 Settings page are expected to work correctly. As for the issue at hand, Microsoft says it is working on a solution that it expects to have out by late January. If you're having HDR issues in Windows, Microsoft has a handy help page full of solutions.