UL Benchmarks is cracking the whip when it comes to real-time ray-tracing, and has announced the immediate availability of its new dedicated DirectX Raytracing feature test within its all-encompassing 3DMark benchmark suite. The test will measure "pure ray-tracing performance" so that you can compare graphics cards like NVIDIA's first-generation GeForce RTX 20 Series cards and the current-generation GeForce RTX 30 Series cards.

The benchmark will of course also support AMD's upcoming Radeon RX 6000 Series when the first cards -- the Radeon RX 6800 and Radeon RX 6800 XT -- arrive on November 18th. The more powerful Radeon RX 6900 XT arrives on December 8th. Interestingly, UL Benchmarks had a bit to say about the arrival of Big Navi, and started off its blog post with the following statement:

The launch of AMD Radeon RX 6000 Series graphics cards on November 18 will end NVIDIA’s monopoly on real-time ray tracing. For the first time, gamers will have a choice of GPU vendors when buying a ray-tracing-capable graphics card.

It's rather curious wording for what is supposed a neutral, third-party benchmark, but we can't argue with the fact that this is a big deal for gamers. NVIDIA has been the only player with regards to real-time ray-tracing for over two years. Based on preliminary [albeit provided by AMD] benchmarks, the Radeon RX 6000 Series will prove to be a formidable foe for its Ampere counterparts. 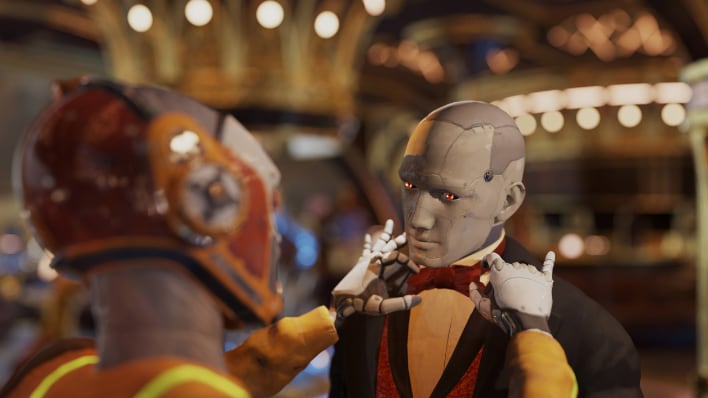 Both the GeForce RTX and the Radeon RX 6000 families have dedicated hardware meant to accelerate ray-tracing operations, and this new DirectX Raytracing feature test will help directly compare the two unique architectures to see which has the upper hand. This is what the company has to say about the test, which will run at a resolution of 2560x1440:

In this feature test, camera rays are traced across the field of view with small random offsets to simulate a depth of field effect. The frame rate is determined by the time taken to trace and shade a set number of samples for each pixel, combine the results with previous samples and present the output on the screen. You can change the sample count to see how it affects performance and visual quality.

An interactive mode will also be available which will allow you to move about freely throughout a scene and take screenshots. You'll also be able to adjust the aperture and focus points to see what effect ray-tracing has on in-game objects and characters.

The 3DMark Raytracing feature test is currently available as a free upgrade for both 3DMark Advanced Edition and 3DMark Professional Edition.