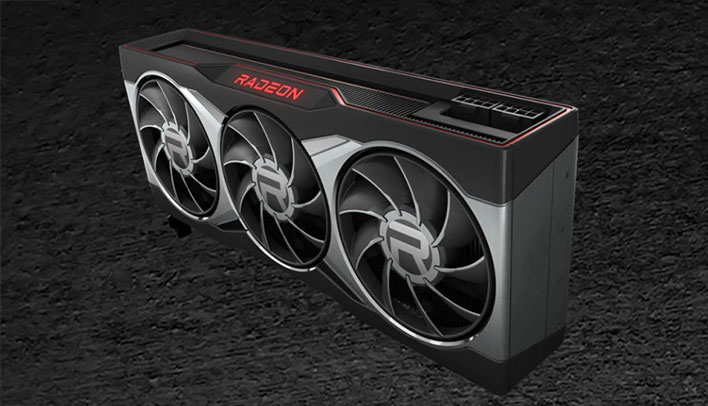 AMD this week unveiled its Radeon RX 6000 series, culminating in the Radeon RX 6900 XT, a beastly card that is supposed to give NVIDIA's GeForce RTX 3090 a run for the money. We shall see. What also remains to be seen is if AMD opens up custom designs from its add-in board (AIB) partners for its flagship Big Navi GPU.
During the launch event, AMD made no indication that companies like Gigabyte and others would be afforded the opportunity of offering custom variants, which typically include factory overclocks and fancy cooling solutions, among other bells and whistles. But it is still early in the game, so let's not rule out the possibility.
According to Andreas Schilling at hardwareLUXX, AMD's hardware partners very much would like to offer custom designs, and they are talking about AMD about the possibility of doing so.
"AMD is in talks with partners about custom models of the Radeon RX 6900 XT. So far, there is just an MBA (made by AMD) planned, but obviously partners interested in offering own designs with custom coolers," Schilling said on Twitter.
A Red Devil variant from PowerColor would be especially enticing, or even a Liquid Devil model with its own full-body water cooler. We already knew AMD is not adverse to liquid cooling its next-gen cards, given that it has teamed up with EKWB on some sleek-looking liquid cooling blocks, both for its Radeon RX 6000 series GPUs, and its Ryzen 5000 series CPUs.

Something big is coming...are you ready?

Want to be the first one to lay hands on one? RT and follow @PowerColor and you might be the first!#BigNaviGiveaway #PowerColor #RedDevil #RDNA2 #BigNavi #UnleashTheGamingPower pic.twitter.com/sJJmWTOBE6