Premium smartphones are great and all, but they also can cost upwards of $1,000 (sometimes way upwards). Then almost at the polar end of the spectrum, Motorola's refreshed Moto G Stylus for 2022 brings some intriguing upgrades and a premium aesthetic (in a plastic shell) for $299. That's on the high-end of budget or low-end of mid-range, depending on your perspective.
As the name suggests, it comes with a built-in stylus, which is not something you always see in this price range (the Moto G Stylus line not withstanding, obviously). As with the 2021 model, the refreshed 2022 handset wields a 6.8-inch IPS display (2460x1080, 396ppi), but it's not entirely the same. It's been upgraded with a faster 90Hz refresh rate for "virtually no lag" and a "noticeably smoother experience," and the punch-hole has been relocated from the upper-left corner to the top-middle. 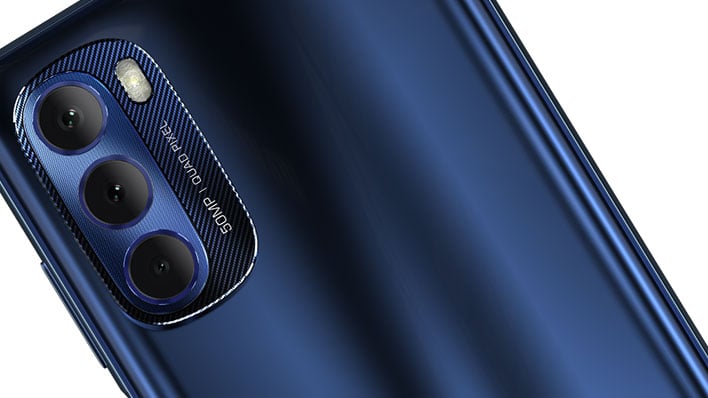 Motorola also squeezed in a more capacious 5,000 mAh battery that it says is designed to last up to two days on a single charge, and bumped the main camera up to a 50-megapixel sensor (up from 48 megapixels).
"With a 50 MP main sensor and Quad Pixel technology, the camera delivers 4x the low-light sensitivity for incredibly sharp and bright images—even when the light isn’t quite right," Motorola says. "Two amazing perspectives are housed in the second sensor: The 118º ultra-wide angle lens captures what your eyes see, fitting 4x more of the scene in your frame than a standard lens,3 and the Macro Vision lens lets you capture the tiniest details. Last but not least, the depth sensor blurs the background of your shots to turn everyday photos into professional-looking portraits." 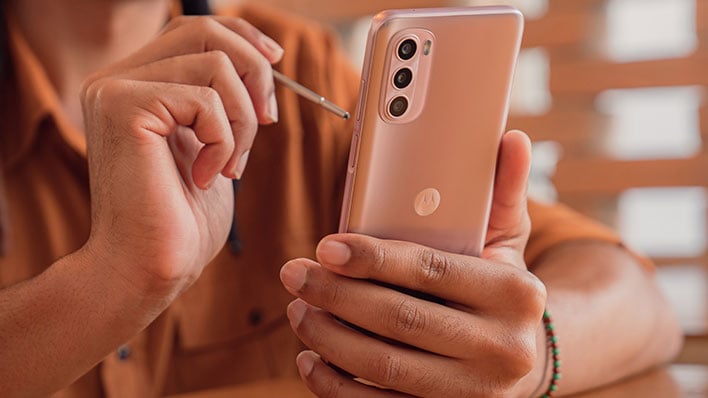 Interestingly, Motorola went from a Qualcomm Snapdragon 678 processor in the previous version to a MediaTek Helio G88 chip in the 2022 model. The G88 is based on a 12nm FinFET process and is an octa-core chip with two Arm Cortex-A75 cores running at up to 2GHz and six Cortex-A55 cores running at up to 1.8GHz. The GPU is an Arm Mali-G52 MC2.
Other notable specs include 6GB of RAM, 512GB of built-in storage, 4G LTE connectivity (this is not a 5G handset), and Android 11 out of the box. The phone is available to pre-order now for $299 on Amazon in either Twilight Blue or Metallic Rose.