Apple has been moving away from Intel processors to its own custom Arm-based Silicon since November 2020. If one well-known leaker is right, the Apple Silicon transition could wrap up in 2022 with the release of an all-new Mac Pro.

Back in August 2021, a similar report suggested the Cupertino-based tech giant would conclude its two-year transition timeline with the release of an updated Mac Pro.

This comes after first bringing the M1 chip to its Mac mini, MacBook Air, 13-inch MacBook Pro, and the 24-inch iMac. Next we saw the arrival of the M1 Pro and M1 Max in Apple’s 2021 MacBook Pro models. 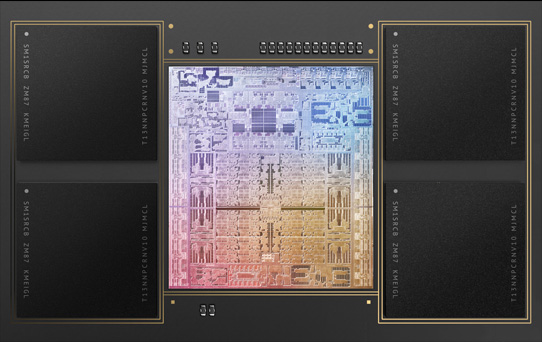 Twitter leaker @dylandkt agrees the Mac Pro will be the last device refreshed with Apple Silicon. Rather than using the new M2 processor, though, it will feature an extension of the M1 with even more cores than the M1 Max.

Right now, Apple’s M1 Max chip is only available on the 14- and 16-inch MacBook Pro models. It offers 10 processing cores, eight of which are performance cores, with the other two geared more towards efficiency. The SoC carries 32 GPU cores and a 16-core Neural Engine.

Real-life examination of the M1 Max chip suggests the ability to combine multiple dies together using a proprietary interconnect bus. This would theoretically allow Multi-Chip-Module (MCM) scaling, bringing the total capacity for the SoC up to 40 CPU cores and 128 GPU cores.

A May 2021 report indicated the new Mac Pro would be redesigned and offer as many as 40 processing cores and 128 graphics cores. This could describe what we suggested is an “M1 Quadra” chip, but obviously the exact naming is just speculation.