NVIDIA addressed the Ethereum market earlier this year with the launch of Crypto Mining Processor (CMP) HX Series cards. The company also locked down its latest mainline GeForce RTX 30 cards with a Light Hash Rate (LHR) mining limiter. Now, it’s alleged that AMD is looking to get in on the dedicated Ethereum mining market with headless versions of its RDNA 2 graphics cards.

Images of this alleged cryptomining card were taken by a local Vietnamese PC hardware retailer, and they show a dual-slot design with an unadorned blower-style cooler. Instead of the standard outputs you’d see on modern graphics cards (HDMI, DisplayPort, etc.), the I/O plate is dominated by exhaust vents to help cool the beastly GPU. 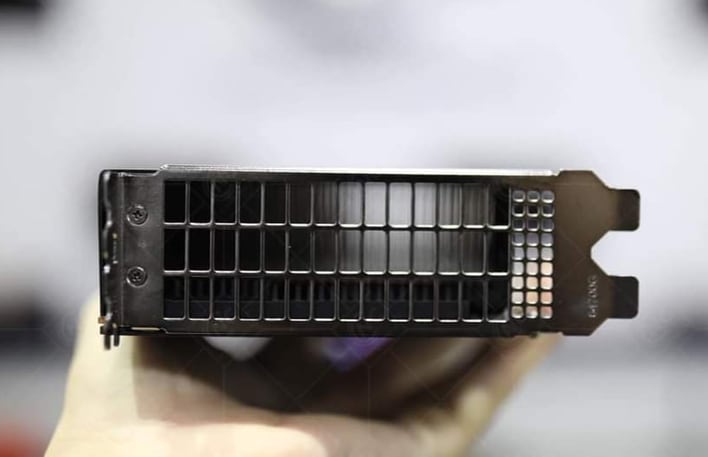 Power connectors for this XFX-branded card are located on the end of the card opposite the I/O plate. The dual 8-pin connectors and the capacitor layout point toward a Navi 21 GPU, according to VideoCardz. There are currently three Navi 21-based GPUs -- the Radeon RX 6800, RX 6800 XT, and RX 6900 XT – and they have the following Ethereum hash rates: 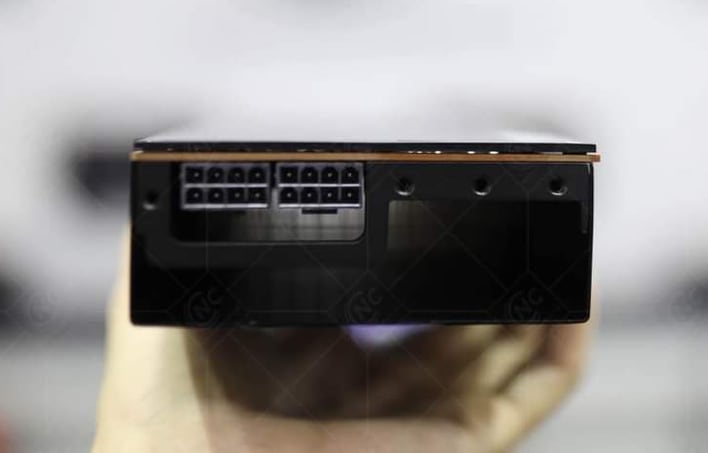 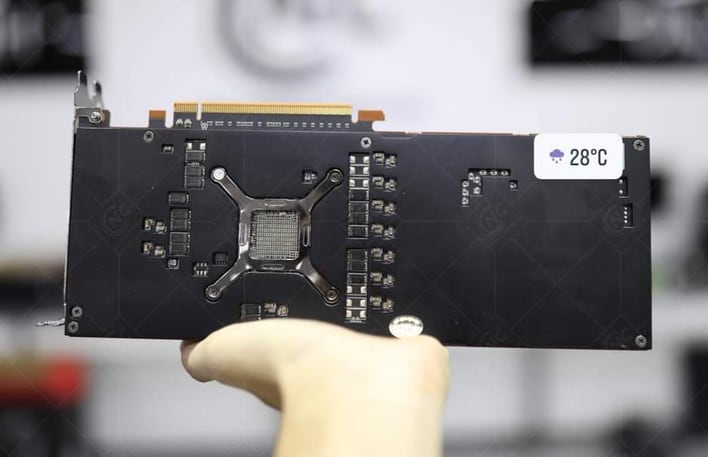 So we’d be interested in seeing who these dedicated Navi 21-based cryptomining cards will be aimed at going forward. Of course, the mining profitability swings heavily in favor of [older] NVIDIA GPUs, so perhaps it will simply be a matter of availability. With the GeForce RTX 30 Series LHR GPUs dominating [new] shipments from NVIDIA, a Navi 21 alternative could be an attractive option. Couple that with the fact that we haven’t seen any of NVIDIA’s higher-end dedicated CMP 90 HX cards hit the streets yet (86 MH/s), and these new headless AMD cards make are starting to make a bit more sense…