Microsoft has teamed up with Paramount Pictures to give away a custom Xbox Series S console themed after Sonic and Knuckles, and it looks pretty swank. The controllers, though? Well, you be the judge—it comes with two wireless Xbox controllers, both themed as well but not with a special paint job or graphics. Instead, they're furrier than a shag carpet.
Chewbacca would approve, no doubt. And if somewhere deep in the woods there is a clan of bears playing on Xbox, we're sure they would dig these controllers too. 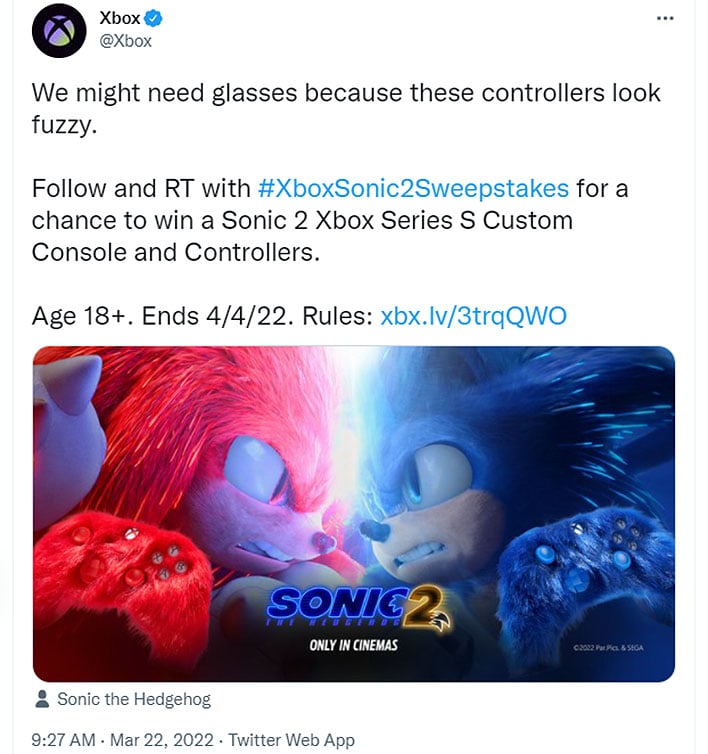 "We might need glasses because these controllers look fuzzy," the official Xbox Twitter account notes in a tweet promoting the giveaway.
Alternatively, you could get a cat or a dog that sheds and it won't take long before your controllers (and keyboard and mouse and everything else) are furry anyway. Just probably not in blue (Sonic) or red (Knuckles) fur, as is the case with these themed controllers. Either way, just be sure to wash your hands thoroughly, lest you end up having to vacuum these puppies. 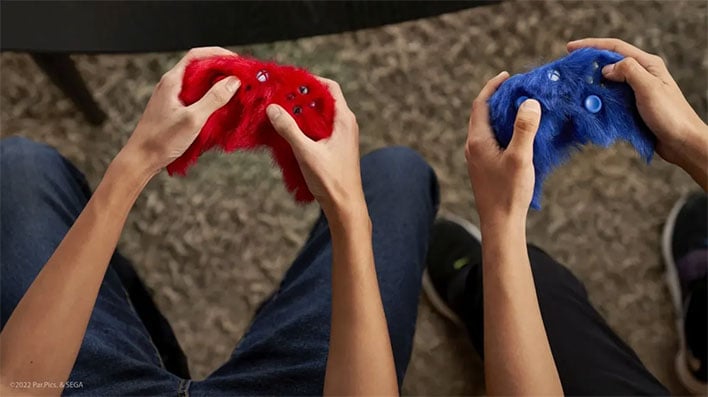 As for the custom Xbox Series S console, it's black with a custom Sonic and Knuckles graphic embossed on the front (or top), along with a nifty golden portal ring on the surface. It also features a textured coating intended to be reminiscent of the "bristly" texture of actual hedgehogs in the wild.
The themed console bundle and giveaway arrives ahead of the theatrical release of Sonic the Hedgehog 2 on April 8, 2022. To enter, click and retweet the above sweepstakes tweet an include the hashtag #XboxSonic2Sweepstakes. Alternatively, you can redeem Microsoft Rewards points in the US to enter the giveaway.
Looking for the Xbox Series X instead? There's no current giveaway that we're aware of, but incidentally, the Xbox Series X is in stock (to purchase) today at the time of this writing.