Microsoft Flight Simulator arrives on the Xbox Series X and Xbox Series S today, and in celebration of the game's much anticipated touchdown on console, Microsoft has teamed up with luggage maker July for a sweet giveaway. The lucky winner will receive a custom suitcase themed after the Xbox Series S, pre-packed with various hardware.
The big prize is the Xbox Series S that is neatly tucked inside, as you can see in the image above. However, it also comes with two game controllers, a portable ASUS ROG Strix XG17 display with a magnetized cover, and international adapters. The winner doesn't even need to unpack the goodies to play MS Flight Simulator—as the directions state, just lay it flat, plug it in, and take to the skies. 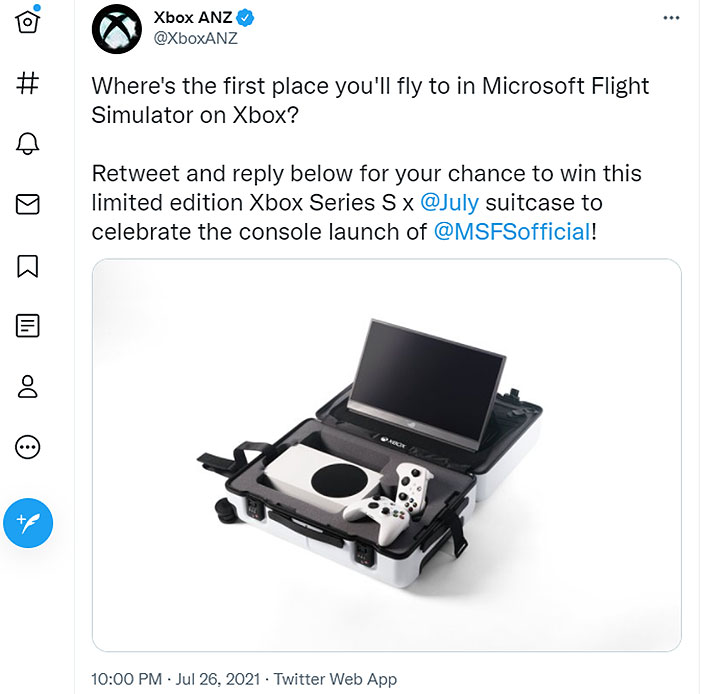 "Where's the first place you'll fly to in Microsoft Flight Simulator on Xbox? Retweet and reply below for your chance to win this limited edition Xbox Series S x @July suitcase to celebrate the console launch of @MSFSofficial !, Microsoft states in a Twitter post. 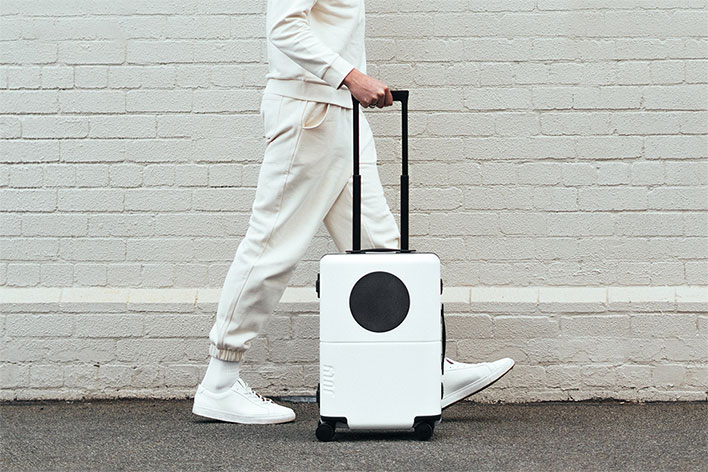 The promotion is only open to Australian and New Zealand residents (ah shucks!) who are at least 13 years old (anyone under 18 years old will need parental/guardian approval). Still, it's a cool giveaway, which Microsoft says is worth $3,282 AUD / $3,470.72 NZD (around $2,420 in US currency).
Not to be overlooked, the XG17 display is a high-dollar item all by itself—it sell for $489 on Amazon. It's a portable 17.3-inch IPS display with a 1920x1080 resolution, fast 240Hz refresh rate, and 3ms response time. It also features adaptive sync support.
MS Flight Simulator has been out on PC for almost a year (it's available on Steam for $59.99). It's drawn high praise for its attention to technical detail and stunning graphics. On the Xbox Series X, the game aims for 30 frames per second at 4K, and 30 frames per second at 1080p on the Xbox Series S. We have not tested it on console ourselves, but the spattering of reviews heave heaped on the praise.
As for the giveaway, check out the full terms and conditions for more info.