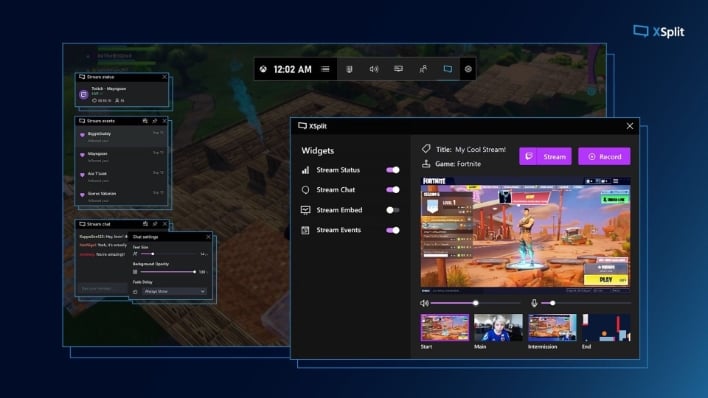 It's that time again; time for another refresh of the Xbox Game Bar that graces Windows 10 PCs. This time around, Microsoft is making it easier for you to interact with some of your most-used apps while gaming via the Xbox Game Bar, and it's a change that we can definitely get onboard with.

Microsoft is enabling the ability to add custom third-party widgets to the Xbox Game Bar, and some of the first to arrive include Gamecaster from XSplit and Razer Cortex (available currently in beta form). Intel is even getting in on the action with a cutdown version of its Intel Graphics Command Center (IGCC). With support baked directly into the Xbox Game Bar, Microsoft explains that you'll never have to Alt+Tab to break away from the action.

This new support means that gamers will need a centralized repository to find these widgets. With this in mind, Microsoft is launching the Game Bar Widget Store, which will make discoverability and installation of new widgets a breeze. The interface will not only let you manage your widgets, but also update them and delete those that you no longer have a use for. Better still, you don't even need to leave the Game Bar interface to perform any of these actions.

Microsoft is expecting that gamers will be able to access much of the functionality of the main app with these widgets. With respect to XSplit's Gamecaster widget, Microsoft explains that you can "start and stop your broadcast, interact with chat, check out recent events and stats to help increase viewer interaction, and optimize encoding settings to ensure the highest quality stream – all from the Gamecaster widget.

"The widget is fully customizable, so you can expand the features important to you and even pin those you want to persist on screen during gameplay."

In order to access these new widgets, you'll have to sign up for Microsoft's Windows Insider program, or you can simply join the Xbox Game Bar flight from the Xbox Insider Hub. If you're a developer that wants to create a widget version of your app for the Game Bar, you can now access a complementary SDK.