World Of Warcraft Patch 8.3: What To Expect And How To Get Battle Ready 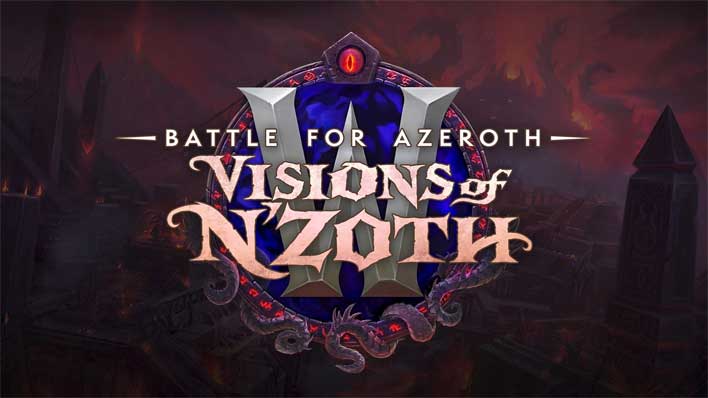 A big patch is on the way for World of Warcraft that will bring the game up to version 8.3, and it's called "Visions of N'Zoth". The patch will bring with it new content and the need for some players to level-up to be ready when the update launches on January 14. In a nutshell, the Visions of N'Zoth expansion will have players fighting the Old God N'Zoth. Players will fight alongside Magni, Wrathion, and other luminaries to empower Azeroth with defenses built by the Titans. The Old God will try and corrupt the minds of the players with Visions of N'Zoth, which is a new type of repeatable content that will see players exploring a "twisted reflection of a defeated future Azeroth."

For players wanting to get ready for the update, there are some specific things to work on ahead of its release to prepare. Heather Newman over at Forbes put together a helpful list of what you should do to get your main character ready for the launch. Players will need to get their neck to level 70. The recommended locations to do that are on Islands where grinding is more efficient. Players will ultimately want to reach level 75, where the neck picks up a new minor essence slot.

One key tip that Newman offers players is to take advantage of Flashfire Brews, to increase critical strike damage and healing by 200% for five minutes at a time, while on Islands. They cost three Seafarer Doubloons each, and you can carry only three. What players can do if they have access to an engineering mailbox, however, is send Flashfire Brews to alternate characters, and then return them to your main character after using up the three you can carry, so you can keep on grinding and level up faster.

Another tip is to grind for paragon caches because they are offering 50% bonus rep for world quests this week, along with another 15% from the Celebration Package anniversary event buff that lasts through January 7. For this tip, players should have a paragon cache ready to pick up for each faction, but the key is to not pick it up right away. Newman notes that players don't want to pick up the boxes early because they won't contain Azerite yet. Instead, players want to pick them up after the update launches for maximum gains. Players should also have another 9,999 in bonus reputation points banked.

Players will want to have their essences at Rank 3 as well, and may need to farm to get there. The essences will get easier to obtain with the new patch landing on the 14th. After the update, reputation essences will require Reverend instead of Exalted. Those wanting to get their alternate character ready should check out Newman's guide for alternate characters here. The full patch notes for the 8.3 update can be found here.

In other world of Warcraft news, an update landed in October that added Dire Maul dungeon raid for WoW Classic.