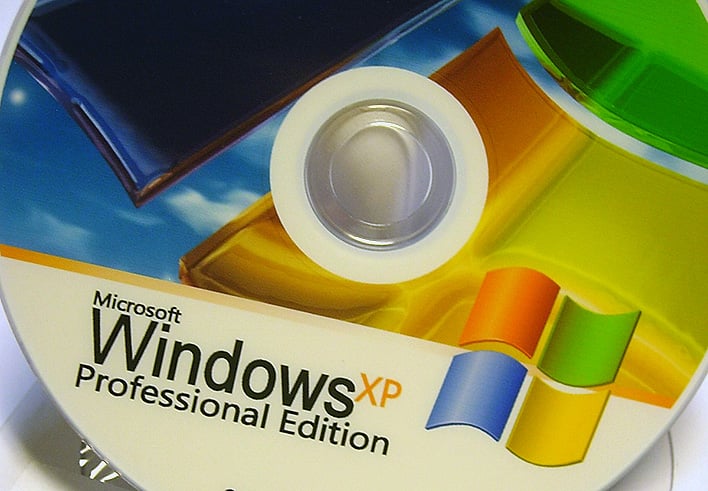 Almost two decades after it was launched, the source code for Windows XP has apparently been leaked to the web. Same goes for Windows Server 2003 and a few other Windows operating systems, all as part of a massive data dump. We have not taken a deep dive into the code, but there are several reports of the contents being legitimate.
The roundup of Windows XP and other OS source code was packaged up in a 42.9 gigabyte (GB) torrent file and shared on 4chan. According to the comments in the thread, Windows XP's source code has been shared privately for years (Microsoft has afforded access to governments and certain organizations), but this is the first time we are of that it has been leaked publicly.

In addition to Windows XP Windows Server 2003, the leaked data contains source code for Windows 2000, Windows NT 3.5 and 4, Windows 2000, Windows Embedded (various versions), MS-DOS 3.30 and 6, the first Xbox operating system, and even parts of Windows 10 components (some of which had already been leaked at various points in the past).
This might have been a bigger deal a long time ago,but fortunately, Windows XP has been retired for over half a decade at this point (and even extended support has come to end). That said, it could still prove problematic in some situations. Even though Windows XP is no longer supported by Microsoft, there are still some systems that run the OS, including many ATMs. And last year, Microsoft even released a rare emergency patch for Windows XP, to protect against a WannaCry-style worm exploit.

Overall, Windows XP holds a 1.26 percent share of the overall PC market, according to data by NetMarketShare. That is less than half of Windows 8.1, and far below Windows 10, which accounts for around 56 percent of the PC market.
Comparatively that is not a long of systems, though it is conceivable that hackers could dig into the code and perhaps extrapolate vulnerabilities in more recent OSes, depending on how the bits have evolved over time. On the more noble side, modders could also potentially use the source code to add support for modern hardware to Windows XP.