Another Windows 10 Update Is Causing Problems, This Time With Windows Defender 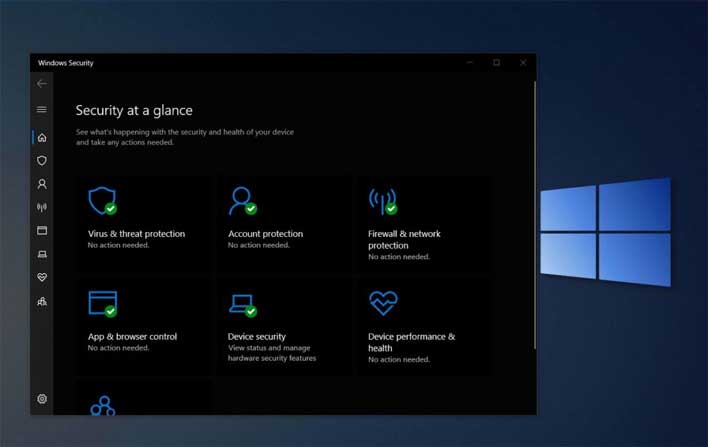 Few Windows 10 users will be surprised to hear that Microsoft has issued a Windows 10 update that has caused problems. This time out, an update for Windows Defender appears to have rendered the antivirus scan on Windows 10 unable to function. Reports indicate that when the antivirus protection software runs, it ends with a message that says "Items Skipped During Scan." For some Windows 10 users, the Defender scans fail after a couple minutes with a message that says "items skipped" and a statement that no threats were discovered on the device.

The problem is that it's not clear which items are being skipped by Windows Defender and it's unclear if the antivirus software is actually scanning for threats on the computers. There is a chance that the warnings are mistakes and scans are being performed as expected. Users report that both manual and automatic scans are showing the message seen below. 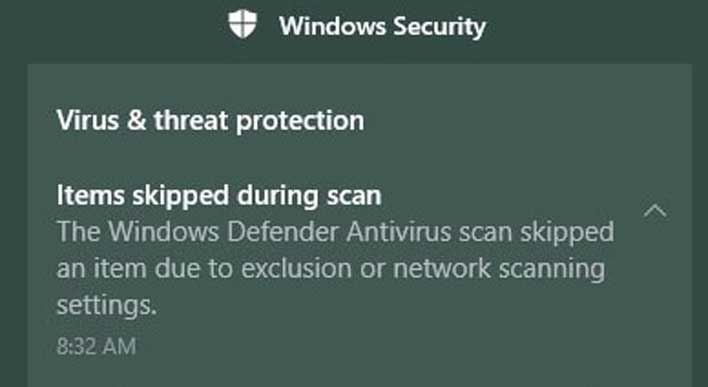 This bug began to surface for Windows Defender version 4.18.2003 or newer after an update aiming to fix other issues was introduced. The issue is seemingly limited to Windows 10 only as users on older versions the operating system have reported no problems. The file exclusions that are mentioned in the message reportedly happens for users who have not specified files to be excluded.