Start Me Up: Microsoft's Windows 95 Celebrates Its 25th Birthday 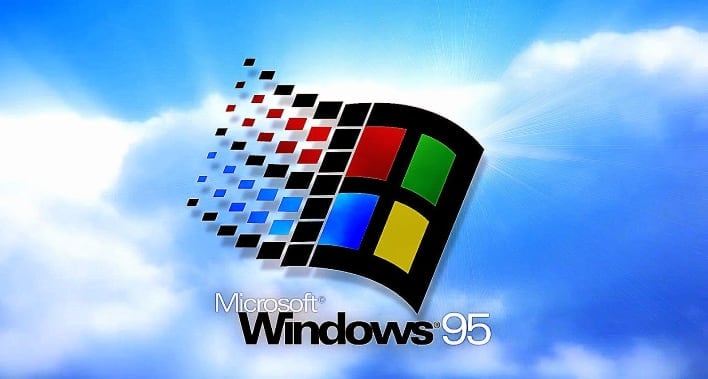 Exactly 25 years ago, Microsoft launched the revolutionary Windows 95 operating system. Though I am just a youngster, I still remember using Windows 95 to play Oregon Trail, draw in MS Paint, and surf the web. Nowadays, I know a little bit more about Windows 95, and I can dive into some of the history (and jokes) therein.


Releasing to retail on August 24, 1995, the iconic Windows 95 was a massive upgrade from Windows' previous versions. It included GUI updates, which are still used as a standard for Windows updates today, among other things. The Start menu, taskbar, and other desktop icons got their roots here and have been updated over time. Also, the classic startup sound for Windows started here too. Below, Microsoft put together a 25th anniversary blog post with a brief video which we have linked. The video goes over a quick history of Windows 95 and the blog links to a podcast with some of the developers who worked on the project. It is quite interesting if you are into that sort of thing.

Looking back, though, let’s talk about the launch day specifically. The New York Times has the transcript one of their print articles from the day after. In it, Carey Goldberg writes that, “Microsoft let loose last night with the splashiest, most frenzied, most expensive introduction of a computer product in the industry's history.” According to Goldberg, however, there weren’t as many people getting Windows 95 at a midnight launch, so perhaps that is why those do not happen anymore? It would have been cool for a midnight Windows 10 launch. In any case, I digress. Turning back now to the 24th itself, we can look at the launch party Microsoft threw and the dancing to Start Me Up by the Rolling Stones seen below. It really did seem like an exciting time, even to a person who was not there. I, too, would probably be excited enough to dance on stage if my blood, sweat, and tears went into a project like Windows 95.

Also set to the tune of Start Me Up was the Windows 95 commercial found below. It also showcases the enthusiasm Microsoft shared for Windows 95 (like the dancing did). This would be the OS that could do anything and go anywhere, and it was awesome.


In the last 25 years, many things have come and gone, Microsoft has continued to be a tech giant, and Windows 95 lives on in some ways. Today, let’s celebrate what Microsoft did when Windows 95 launched and how it moved the world forward in computing. Though I could not be a part of it (and I wish I could have), it was a tremendous time. As such, here’s to you, Windows 95. Happy Birthday.