Windows 10X is reportedly targeted to be Microsoft's optimized operating system for dual and single screen mobile devices like Microsoft's Surface Duo or traditional hybrid 2-in-1 laptops. As rumors and features begin to trickle out, so too do images and renders of what the Windows 10X user interface is supposed to look like. We have gotten a glimpse of what Windows 10X will roughly look like in the past, but some new imagery floating about Twitter seems to reaffirm Remond's new mobile device UI.

Earlier today, Zac Bowden of Windows Central tweeted out what he called the "first look at Windows 10X for single-screen PCs." It features a redesigned Start Menu that lies in the middle of the screen and all the application icons below it. Overall, it sort of looks like a cross between ChromeOS and macOS, but take a look and decide for yourself below.

Here's your first look at Windows 10X for single-screen PCs. I should hopefully have more to share very soon :) pic.twitter.com/irkbMC5w5n

Bowden also claims that he should have more to share soon, but in the meantime, this is what we have to work with, and it seems to be somewhat polarizing. Some people are comparing it to older versions of macOS, while others are saying it looks a bit like Android and not in a good way, and others outright dislike it. On the other hand, some Twitter users found it to be pleasing and clean. It seems the frosted or blurred menu background is a fan favorite, but many users in the thread just said they liked it without explaining why. 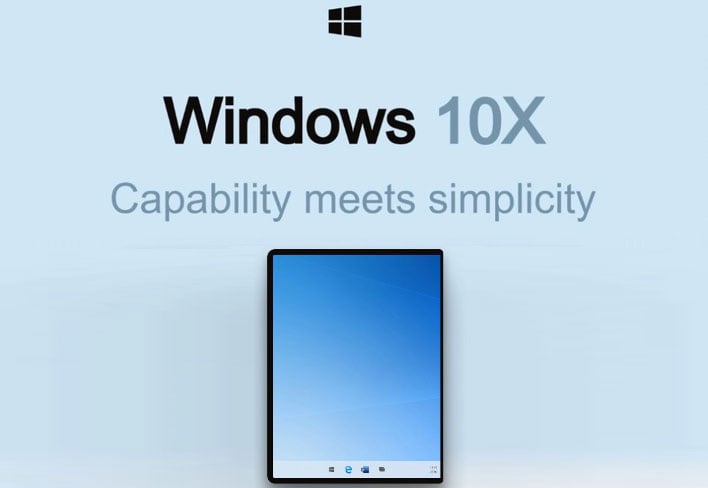 If, and ultimately when, new screenshots come out, it would be nice to see what the file system looks like next. Also, if any changes were to be made, keeping app icons left-aligned or making their position optional would be a nice-to-have. No matter what happens, let us know what you think of this image of Windows 10X in the comments below.