In Windows 10, apps can automatically add themselves to the auto-start list, so they open up when you login to your desktop. The list of auto-start apps can oftentimes become incredibly long, and when many apps are opening, it can drag down a computer's performance. Users have always been able to modify this list, but apps could still silently be added until the most recent Windows 10 21H1 preview builds arrived for testers.

As its name implies, Windows 10 21H1 will be the next major feature update from Microsoft that will land during the first half of 2021. Testers have been trying out new builds for quite some time, and Microsoft is working on polishing things up so that it can be ready for a public release early next spring. 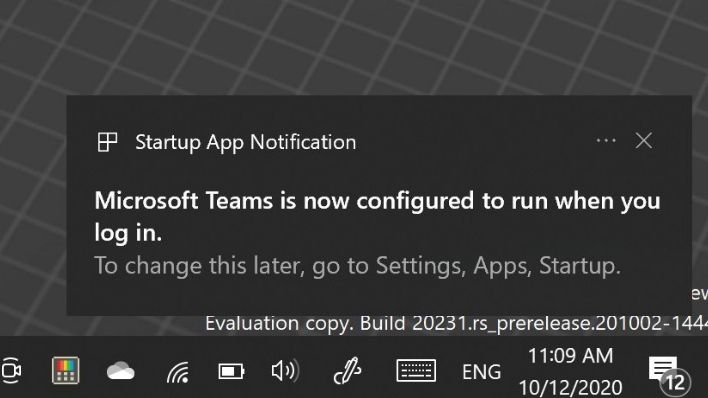 The latest Windows 10 21H1 preview builds have some new features, and besides the known things, Microsoft snuck in a notification for startup apps. Rather than having apps silently added to the startup list, a popup notification appears, alerting the user to remove it if they so wish. Users can click on this or navigate to where the startup apps list is and modify it from there. 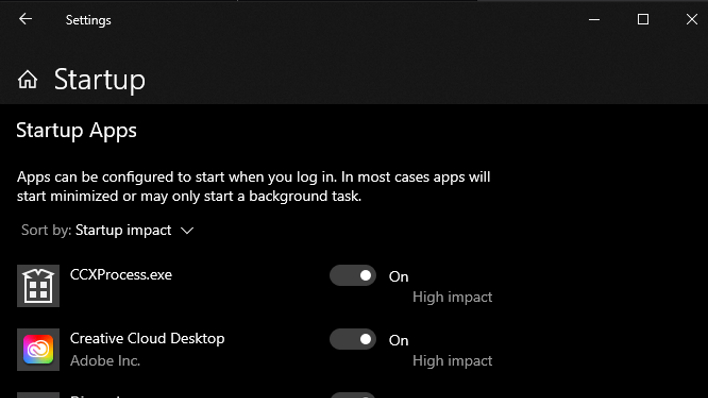 This is quite a handy feature for getting back just a little bit of performance upon PC startup. Also, you can disallow the pesky program updaters that tend to get added to the startup list as well. Overall, Microsoft is making some solid moves for Windows with quality of life updates, and hopefully, the trend will continue.
(Notification Screenshot from Windows Latest)