Microsoft is rolling right along with its continual updates to its Windows 10 operating system, and Build 20197 was released today with one key upgrade. This is the first time that Microsoft is allowing users to manage their internal and external disks/volumes from directly within the Windows 10 Settings app.

The long-in-the-tooth Disk Management MMC snap-in is still available for those that prefer to use that interface, but Microsoft says that the new Settings-based controls have been built from the ground up. Windows Insider Senior Program Manager Brandon LeBlanc stated that by moving to this new layout for Disk Management, Microsoft was better to able to integrate functionality with Storage Spaces (among other storage-related aspects of Windows 10). 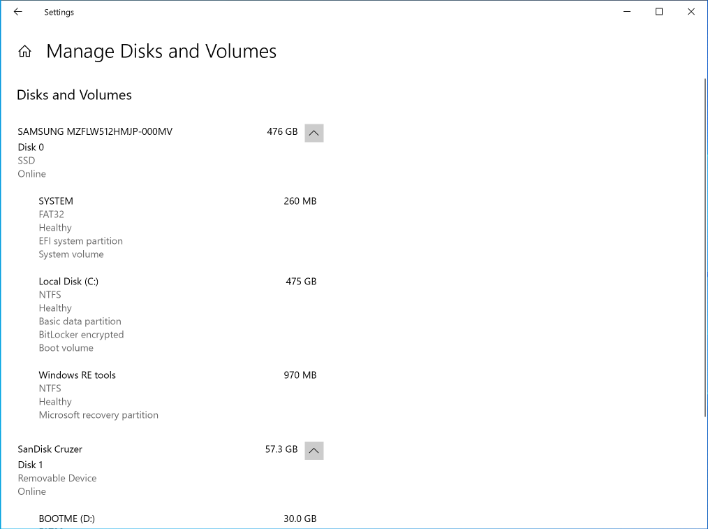 For those that are interested in trying out the new Disk Management experience, simply navigate to Settings --> System --> Storage --> Manage Disks and Volumes.

But the all-new Disk Management interface isn’t all that’s new with Build 20197; Microsoft also says that the Your Phone app functionality that was initially announced earlier this month at Samsung Unpacked is making its way [slowly] to the general public. We first talked about this feature two weeks ago, and for now it is limited to Samsung smartphones (which is unsurprising given Microsoft and Samsung’s tight relationship in the Android space).  Microsoft writes:

You can conveniently pin your favorite mobile apps to your Taskbar or Start menu on your PC for quick and easy access. When you launch an app, it opens in a separate window outside of the Your Phone app enabling you to multitask. So, whether you need to quickly reply to a conversation, respond to your social posts, or order food, you can do it fast using your PC’s large screen, keyboard, mouse, pen and touch screen alongside your other PC apps! 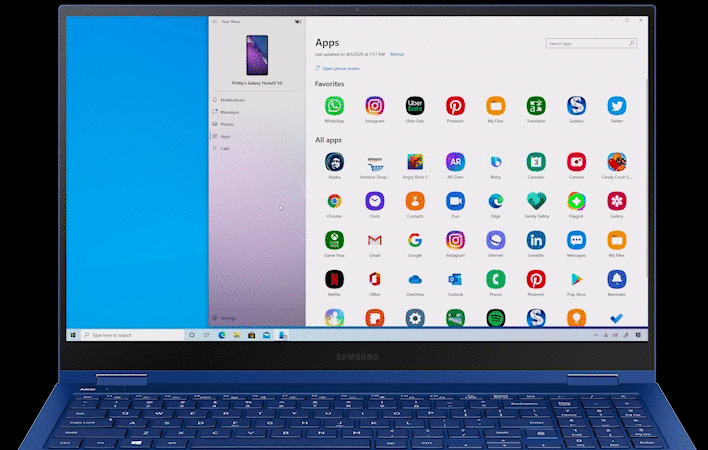 You can see the full list of supported smartphone here, which consists solely of Galaxy devices. In addition to a Samsung device, you’ll need to be running the Windows 10 October 2018 Update or newer, Your Phone app (v1.20071.88) and Link to Windows (v2.0), Android 9.0 or newer, and both your Windows 10 PC and smartphone have to be on the same Wi-Fi network.

There are also a slew of bugfixes and “known issues” that Microsoft has pointed out, but they’re too numerous to list here. If you want to see the full list, simply click the following link.