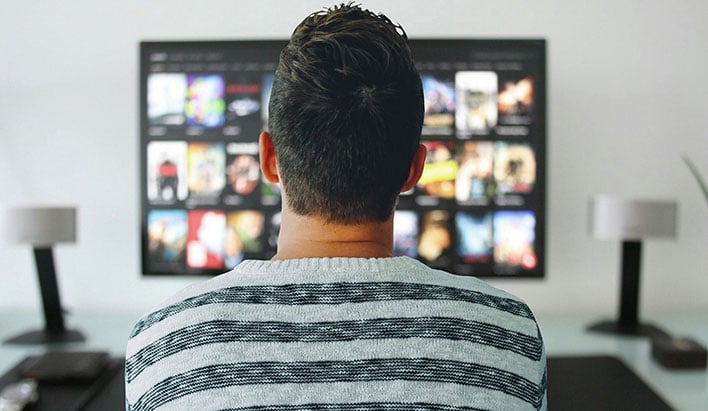 Depending on what devices you have been using to stream Netflix, you may find that it is no longer accessible today. That's because Netflix has flipped the switch and stopped supporting its service on older hardware, including a handful of Roku streaming players, certain Vizio TVs, and some Samsung TV models.
Netflix actually announced plans to stop supporting certain devices earlier this month, saying at the time that it would happen on December 1st. That day has come, and if you own an affected gadget, you will see a message saying, "Netflix will no longer be available on this device."

Most of the affected devices are very old at this point—up to around 8-10 years old. As for which specific Roku devices are no longer supported, they include the Roku SD (N1050), Roku HD-XR (N1101), Roku HD (N1100, 2000C), and Roku HD (2050X, 2050N, 2100X, 2100N). All other Roku streaming players and sticks should still work just fine.
The reason older devices just got the boot is because they use Windows Media DRM, whereas Netflix made the switch to Microsoft's PlayReady DRM in 2010. Now nearly a decade later, Netfiix told Gizmodo it has decided to stop supporting devices that are not able to be upgraded to PlayReady.

It's not clear which specific Vizio and Samsung TV models are affected by this. Vizio had previously indicated it would apply to smart TVs sold around 2012 to 2014, while Samsung says select 2010 and 2011 TVs are no longer able to stream Netflix using the built-in app.
"Netflix has announced that due to technical limitations, as of December 2, 2019, the Netflix streaming service will no longer be supported on several consumer electronics devices, including some from Samsung. This change will impact select 2010 and 2011 Samsung Smart TV models that were sold in the US and Canada. Affected devices will receive a notification reflecting this change," Samsung says.
"For consumers who still own these models, there are many other devices that can be connected to a smart TV to continue enjoying the streaming service. A list of other compatible devices can be found at netflix.com/compatibledevices. All other Samsung smart TV models produced after 2011 will be unaffected by this change," Samsung added.

The date should actually say December 1, if going by what Netflix said earlier. Either way, anyone who owns an affected model will have to make alternate plans for streaming Netflix.
Fortunately, streaming hardware is rather cheap these days, especially with the deals season in full effect. For example, you can snag a Fire TV Stick 4K on Amazon for $24.99 right now, which is half off its list price. Likewise, Google has dropped the price of it Chromecast Ultra to $49. There's also a Roku Ultra Streaming media player + JBL headphones bundle for $48 on Walmart, down from $99.