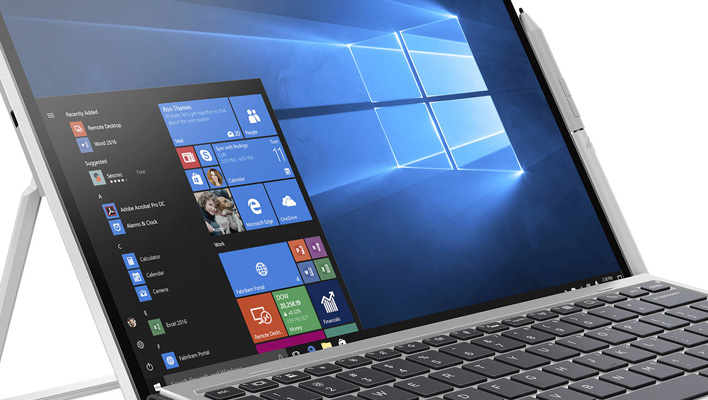 It's been a little over three months since Microsoft began pushing out the May 2020 Update for Windows 10, and there are still some PCs that are being blocked from receiving it. Notably, if you own a laptop with integrated LTE connectivity, you might be out of luck for the time being, as Microsoft works to resolve a compatibility issue.
The issue manifests itself when waking certain LTE-enabled laptops from sleep or hibernation. Microsoft outlined the problem in a support document, saying that when this happens, certain WWAN LET modems indicate a lack of Internet connectivity in the Network Connectivity Status Indicator (NCSI) in the notification area, and therefore might not be able to connect to the web.
"To safeguard your update experience, we have applied a compatibility hold on Windows 10 devices with affected WWAN LTE modems drivers installed from being offered Windows 10, version 2004 until the issue has been resolved. If your organization is using Update Compliance, the safeguard ID is 28428232," Microsoft says.
This affects Windows 10 version 2004, and not Windows Server version 2004. If you have already applied the May 2020 Update before it was actively blocked and are experiencing issues, there is a workaround available. According to Microsoft, enabling and then disabling Airplane mode temporarily resolves the issue. To do this, type "airplane mode" in the search box, then select it and toggle the switch.

"We recommend that you do not attempt to manually update using the Update now button or the Media Creation Tool until the safeguard is removed," Microsoft says.
As to when that will happen, Microsoft says it is currently working on a resolution and anticipates having a fix available in late September.