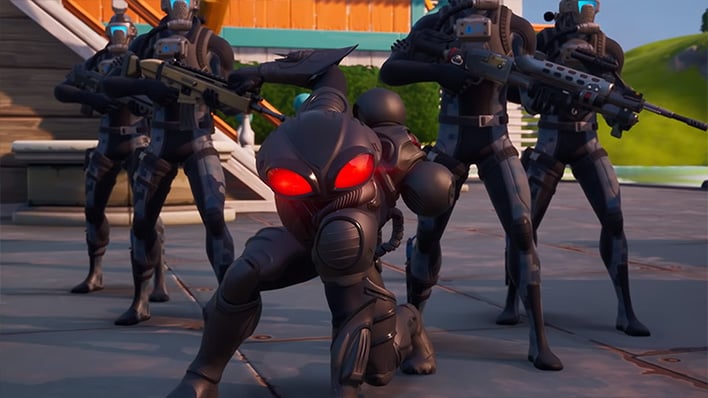 Epic Games has rolled out its v13.30 patch for Fortnite and with it comes a bunch of bug fixes, some changes to the flooded map, and new Summer Splash limited time modes (LTMs). It is not the biggest patch in the world, but there are some notable additions and issue resolutions. For example, Epic Games fixed an issue that was preventing players from respawning or spectating if the game started at the same time as they were respawning.
The developer also squashed a bug that was causing dropped items to remain in Featured islands after players returned to the Hub and then came back in, and fixed another issue where the storm FX permanently remained on-screen when the storm circle finished outside of the minigame volume. You can check out the full line-up of bug fixes in the release notes.
As for more LTMs that are on tap for Fortnite Season 3's Summer Splash rotation, they include "Payback!," "Catch!," and "One Shot!," which should spice things up a bit.
On the not-so-great side of things, it looks like cars have been delayed, so you can't use the Gas Stations (not yet, anyway). According to Dexerto, Epic Games pinged content creators (via email) to say that "many of the island's cars had been recalled" for an "investigation into their coverage."
It's not entirely clear what that means. Is there a balance issue or some other quirk? Whatever the reason, cars and use of the Gas Stations will have to wait a little longer. Incidentally, the update has brought about updated Gas Stations in preparation for the end of the recall, like on in Salty Springs.
Players have noticed other changes on the map as well, after the v13.30 update went live. Water levels are going down in some areas, revealing areas like Craggy Cliffs.
Overally, there is just not a ton here in this latest update, though it is worth noting that all of Aquaman's challenges are now available (we showed you where to find Aquaman's trusty Trident last week, and make it your pickaxe), to unlock the DC character's skin.