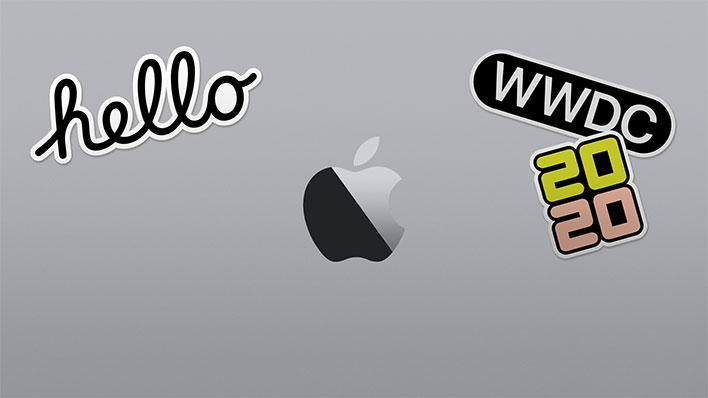 Apple today is kicking off its 31st Worldwide Developers Conference (WWDC), in which the company will give a state of union on its various software platforms (iOS, iPadOS, macOS, tvOS, and watchOS), host over 100 engineering sessions, and presumably will make some exciting announcements. Ahead of the event, a string of leaks has given us idea of what to expect.

The platform news that is probably of the most interest out of the bunch pertains to iOS 14. According to leaks, iOS 14 will not be getting a name change to iPhoneOS 14. However, iOS 14 is expected to sport a redesigned homepage, and support for widgets.

in my dream
no rename for IOS, homepage redesigned。widgets supported, Apps alignment changed, added more app clips, something like mini applications, Incoming call for iPhone is not forced full screen.

A leaker who tests prototype devices and repairs iPhone handsets also claims iOS 14 will bring about a realignment to apps, along with "more app clips, something like mini applications." In addition, incoming calls to iPhone handsets will not be forced into full screen, the user claims.
Previous rumors have also suggested that iOS 14 will bring @ mentions to messages, new emojis (as Apple has been infatuated with), updates to Safari, and multi-tasking features that are similar to the iPad, which could come in especially handy on large screen iPhone devices.

Apple is also expected to formally announce macOS 10.16, otherwise known as Big Sur. This will replace macOS 10.15 Catalina. According to 9to5Mac, Big Sur will feature a new Messages app. It will be completely replaced with a Catalyst version, meaning Big Sur will be using the same Messages app that is already used in iOS and iPadOS.
Big Sur could also emerge with a redesigned user interface (UI) and a "huge update" to the Safari browser, according to the aforementioned leaker and iPhone repairer.

Last year, Apple branched iPadOS from iOS, announcing the operating system at WWDC 2019. This year, iPadOS 14 will inevitably bring some updates and improvements, though it still has a strong foundation in iOS.
According to MacRumors, we can expect a new PencilKit feature in iPadOS 14, This will convert handwritten scribbles into text, and is supposed to work wherever text input is supported.
Apple might also redesign the Sidecar feature. This essentially lets iPad owners use their tablet as a secondary display to a Mac system.

Changes To watchOS 7 And tvOS 14

in my dream, Watch OS update the watch homepage, now can be shared through the link. Added in sleep and hand wash monitoring function.

According to the most recent data by Statista, the Apple Watch dominates the smartwatch sector with a 55.5 percent share of the market. Samsung is a distant second at 13.9 percent. While the gap is not the largest it has ever been, it is still quite large, in Apple's favor.
As such, watchOS is not an afterthought. For watchOS 7, Apple is said to finally be implementing native sleep monitoring. This is long overdue, and I'm personally excited about this one.
Rumor has it watchOS 7 will also introduce a hand washing monitor, presumably in response to COVID-19—one of the best defenses against to the Coronavirus is to frequently wash your hands. There might also be an updated homepage.
As for tvOS, the version 14 update will gain support to monitor HomeKit. As things stand, users can control Apple HomeKit smart devices with their voice using the Apple TV Siri remote, but tvOS lacks a dedicated app. That could change today.

Where And When To Watch The WWDC Livestream