Confirmed, Pixel 5 April Update Brings Huge Graphics Performance Gains And We Put It To The Test

Google's Pixel 5 has been around since October 2020 and has seen regular updates via Pixel Feature Drops and monthly security updates. So, when the Android Pixel Security Update landed this month, we assumed that it would just be another run-of-the-mill release. However, a curious addition in the release notes hinted at something big for Pixel 4a 5G and Pixel 5 smartphones, both of which use the mid-range Qualcomm Snapdragon 765G SoC.

Specifically, Google explains that the update includes "Performance optimizations for certain graphics-intensive apps and games." We decided to test this out for ourselves and updated our Pixel 5 review sample to run a few benchmarks. In the back of our minds, we thought back to our original Pixel 4a 5G and Pixel 5 reviews, where both smartphones were near the bottom of the ranks for graphics performance -- even compared to their contemporary peers using the same Snapdragon 765G SoC. Graphics performance was also [understandably] well below that of the previous generation Pixel 3 XL and Pixel 4 XL smartphones, which used (at the time of release) flagship Snapdragon 800 Series SoCs. 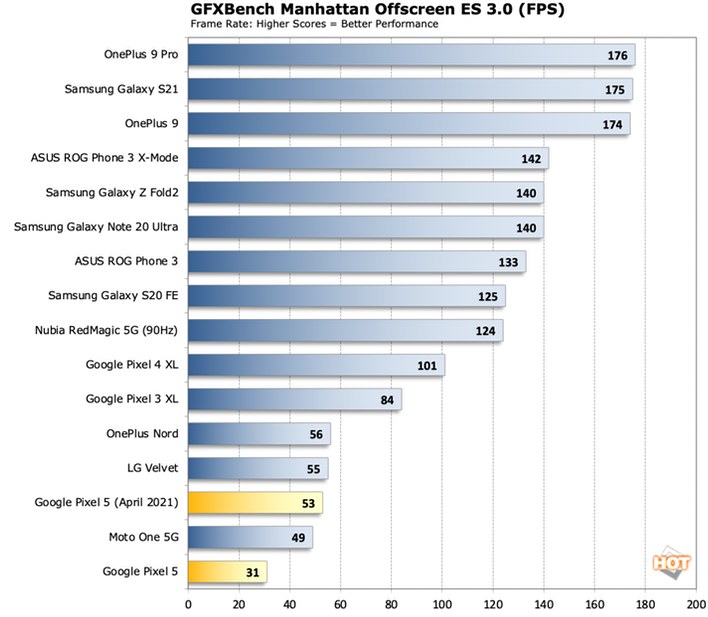 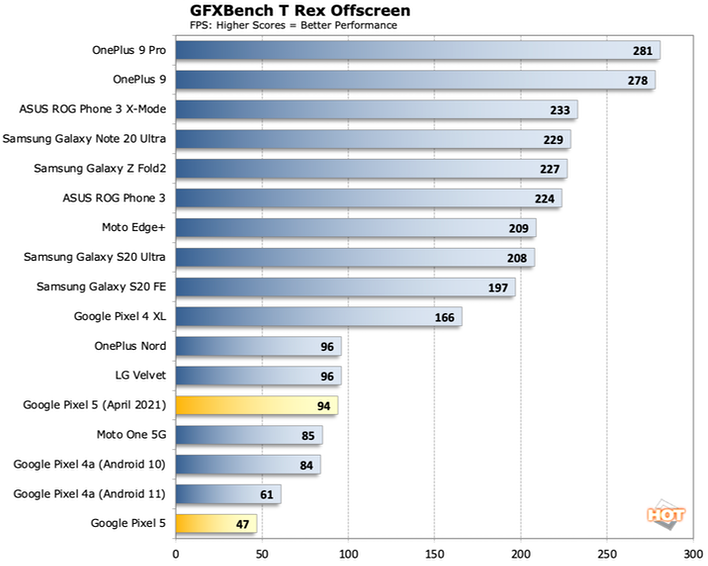 Performance in the GFXBench Manhattan Offscreen score jumped from a disappointing 31 FPS to 53 FPS, putting it within the margin of error with the LG Velvet and OnePlus Nord, both of which used the Snapdragon 765G. It was a similar situation with T-Rex Offscreen, which saw the Pixel 5's score double compared to when we first reviewed the device. 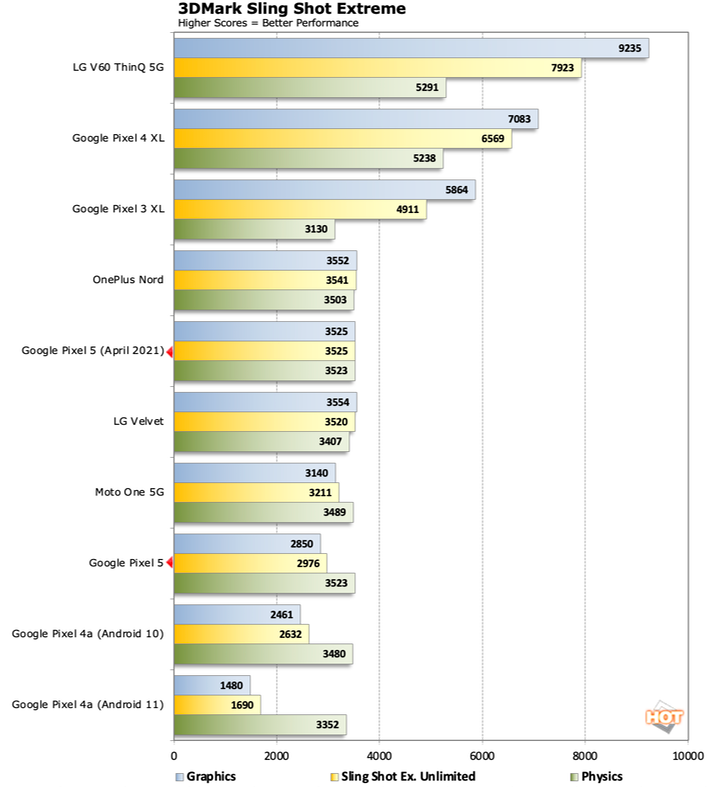 We next switched our attention to 3DMark Sling Shot Extreme Unlimited, another sore spot for the Pixel 5. The Pixel 5 initially pulled in an overall 3DMark score of 2976, while the April Android Pixel Security Update saw that figure increase to 3525.

These are some welcome performance improvements for owners of the Pixel 5. Although we didn't perform the same re-tests on the Pixel 4a 5G, we would assume that the April Android Pixel Security Update affords it the same performance uplift. We don't know that caused the initial performance limits on the Pixel 4a 5G and Pixel 5 or what Google did to get things back on track, but if you own either device, this latest update is a must-have download.