The Endeavor capsule undocked from the International Space Station (ISS) yesterday at 7:35 p.m. EDT. The capsule is scheduled splash down off the west coast of Florida today at 2:41 p.m. EDT. The entire event is currently being streamed on both NASA’s and SpaceX’s YouTube channels and NASA’s website. You can check out the stream below. The stream is currently live on both YouTube channels and experts are providing commentary and answering questions.


NASA and SpaceX have chosen seven back-up sites should the Endeavor capsule be unable to splash down near Pensacola. Three sites are also off the coast of Florida and four sites are further in the Gulf of Mexico. At the moment, Hurricane Isaias is not expected to interfere with the splashdown.

The capsule includes 330 lbs. of cargo as well. Most of the cargo consists of scientific supplies, especially biological samples. Behnken and Hurley completed over 100 hours of science while aboard the ISS. 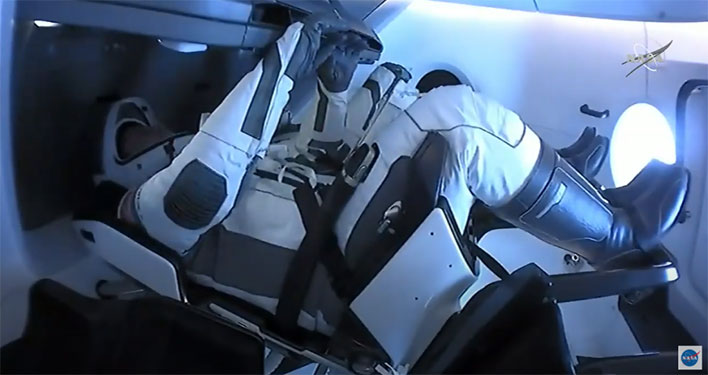 This was also the first time a commercial company had launched astronauts into space. According to NASA, commercial flights “provide expanded utility, additional research time and broader opportunities of discovery on the orbiting laboratory.” SpaceX’s spacecraft and systems will now be certified by NASA as “operational” and can be used for future missions. The current mission, Demo-2, was a demonstration of SpaceX’s capabilities. Final certification should take about six weeks to complete.

NASA and SpaceX already have plans for their next crewed mission. NASA Astronauts Michael Hopkins, Victor Glover, and Shannon Walker and Japan Aerospace Exploration Agency (JAXA) astronaut Soichi Noguchi will be part of SpaceX’s “first crewed operational flight of a Crew Dragon spacecraft.” They currently plan to launch in late September to the ISS and return in 2021.