We first heard about LG’s upcoming Wing smartphone earlier this year, and within the past few weeks, there have been some “carefully” leaked videos that have shown the device in the real world. Today, LG is officially teasing the Wing in a short video clip that gives us a visual representation of how the smartphone’s dual screens will operate.

The video below, which shows a person surfing as the displays swivel, looks like a fancy tech demo, but how consumers will warm up to this new display concept in the real world remains to be seen.

The previous real-world videos of the Wing showed the smartphone displaying a navigational map on its primary vertical display, while a media player was presented on its secondary display (in a horizontal position). In yet another clip that was leaked, a person is shown playing a game on the primary display while a navigation app is exposed on the secondary display.

The LG Wing represents a rather interesting method of presenting more information to the user. While companies like Samsung (Galaxy Z Fold 2), Microsoft (Surface Duo), and Motorola (Razr) are going the folding/dual-screen route, LG is definitely plotting its own course with the Wing.

According to previously-leaked information, the Wing will have a 5.8-inch primary display, which is joined by a rotating 4-inch display. Despite a price tag that is likely to surpass $1,000, the Wing is expected to be powered by a Qualcomm Snapdragon 765G instead of the flagship Snapdragon 865/865+. 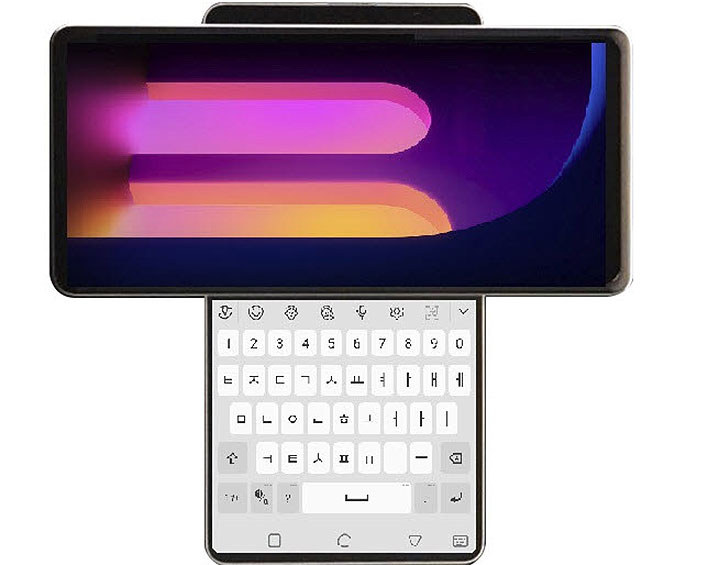 “LG and platform partners feel it is vitally important to demonstrate to consumers new and differentiated user experiences in the smartphone space,” said Morris Lee, president of LG’s Mobile Communications Company. “LG has always been a pioneer in pushing the envelope of smartphone form factors, the only way to bring about much needed innovation in the mobile market.”

The LG Wing will make its debut on September 14th, so stay tuned for more details (and inevitable leaks) as we come closer to that date.