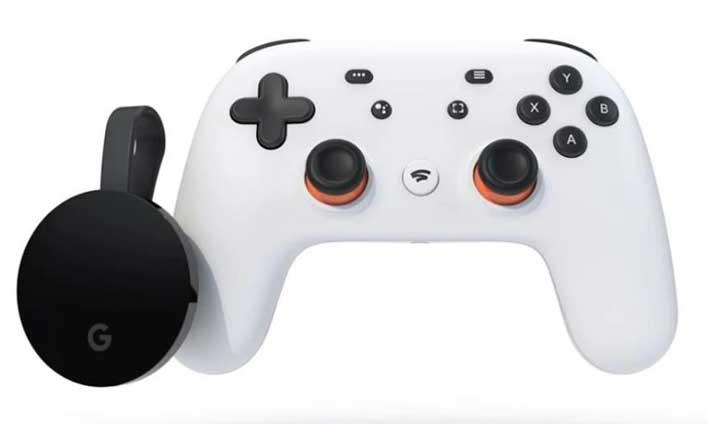 Verizon has announced that it has teamed up with Google to give its Fios Gigabit internet customers the ability to play games on the Google Stadia gaming service. Verizon will offer new Fios Gigabit internet customers Stadia Premiere Edition at no cost starting on January 29th. The Stadia Premier Edition includes a controller, three months of Stadia Pro subscription service, and a Chromecast Ultra.

Verizon brags that Fios has "long been" known as the leading internet service for console gaming and streaming content. It says that with the surge in cloud gaming, thanks to Stadia, Fios will serve as the "backbone" for the best cloud gaming services.

Google adds that Verizon's commitment to "deliver incredible cloud gaming" is a significant step forward for the industry. The Stadia Pro service that is included for the first three months supports up to 4K resolution and 5.1 surround sound. It also offers access to free games and discounts on games that the player can purchase.

Google notes that is its always adding new flagship games to its Stadia games library. Among the select games that a Pro Subscription gains access to include Destiny 2. Fios Gigabit internet sells for $79.99 monthly, and customers who chose that plan get a new Fios router that incorporated the latest WiFi 6 wireless standard.

In other Stadia news, Google promised that it would add 120 new games in 2020. It pledged that ten of those games would launch in the first half of the year and be Stadia exclusive.