Fair or not, Mac users are sometime a forgotten bunch when it comes to playing computer games, perhaps even more so now that Apple has embarked on a slow breakup with Intel. It wasn't always that way. Remember being afflicted with dysentery in Oregon Trail? Like Pepperidge Farm, Valve remembers, and it has made its Steam Link application available in the Mac App Store.
"The Steam Link app allows you to play your Steam games across all your computers. Just pair an MFI or Steam controller to your Mac, connect to a computer running Steam on the same local network, and start playing your existing Steam games," the app's description states.
This is one of the final destinations for Steam Link. While the bulk of its usage likely comes from Windows, the Steam Link client has long been available on Linux, Android, iOS, and even tvOS. There is even a version for Rasperry Pi. So up until this point, macOS was alone on an island, at least in terms of more notable OSes and platforms.

Here's a look at the requirements for macOS...
Valve also recommends connecting both computers to the router by way of Ethernet (wired) to obtain the best performance. If you're a Mac user and you want to give it a whirl, just head to Steam Link page in the Mac App Store. 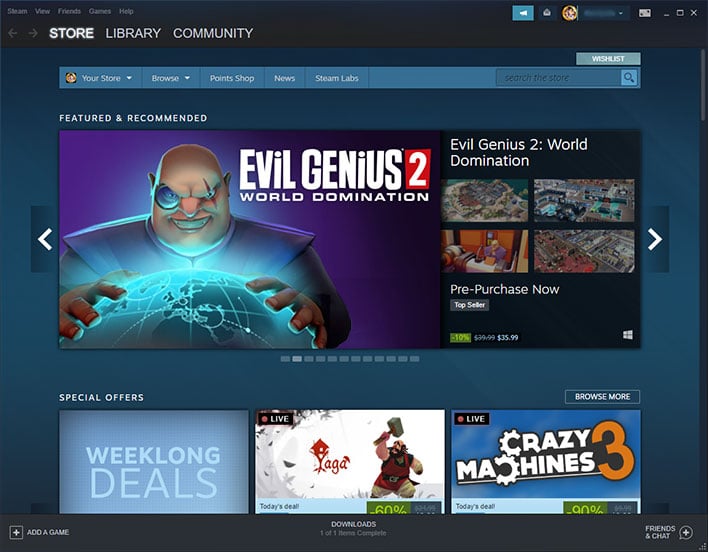 In semi-related news, Valve also updated its Steam Client to support 8K Remote Play streaming because...well, reasons, we suppose. Show of hands, who among you owns an 8K television? Anyone? Hello??
Don't mind us, we're just being snarky. That said, 8K resolution gaming is far from being commonplace. For one, today's hardware is just not powerful enough to consistently drive more demanding titles at 8K. And secondly, the cost of an 8K display is prohibitive for the average person. Case in point, one of Samsung's Cyber Monday deals was a 98-inch class Q900 QLED 8K resolution TV for $49,999.99, which was half off its list price (it's now selling for $59,999.99). And that's before factoring in the cost of a decked out PC.
Costs aside, support is there if and when anyone can actually take advantage of it (as Valve notes, 8K streaming results may vary depending on the hardware). Other Remote Play additions, fixes, and tweaks include...
Valve also added support to invite anyone to Remote Play together, with or without a Steam account. Just send an invite link and they are good to go.