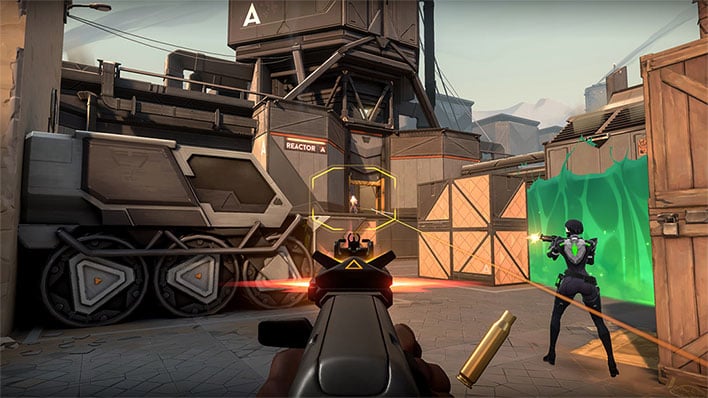 Nobody likes a cheater, but for players who participated in Valorant's closed beta and succumbed to the temptation to gain an unfair advantage, developer Riot Games had said "bans will be removed for most player" once the game launched. Now that Valorant has launched, some cheaters are finding out they are not getting a mulligan, and Riot Games is short on sympathy.
During the closed beta, Riot Games ended up dropping the ban hammer on over 10,000 players who were caught cheating. These were hardware bans. On May 13, however, Riot Games' anti-cheat developer Matt Paoletti stated on Twitter that most people who received a hardware ban would be able to play after launch by creating a new account.

Well, Valorant exited beta and launched to the public earlier this week, and some players who were banned are finding out that Riot Games has no plans of letting them back in.
"Hey man I was just wondering, I was one of the players that used a free cheat and I was really excited to hear that we would be given a second chance to learn our lesson, and I have. I just have tried to play today with a new account and got removed with ;you have been banned from Valorant'. Anyway, this is a mistake or you guys just didn’t lift bans?," a player asked RIOT CEO Nicolo Laurent on Twitter (via Direct Message).
Nicolo was unsympathetic to whatever lesson the player might have learned. He responded, "Sorry, no second chances for cheaters."
Ouch! But what about Paoletti's previous comment on Twitter? He took to the social media site again to clarify the situation.
"Those who tested the tools a couple of times have been spared like @mirageopenguins and I have said, but continual abusers of free cheats and users of pay-to-cheats have remain HWID'd for an indefinite period," Paeloetti wrote.
While frustrating for those affected, it's hard to fee bad for people who cheat in online games with other humans. It totally ruins the experience for people who play by the rules, and is a big problem in onling gaming.
Whether the bans are eventually lifted remains to be seen. For now, though, players who have not been let back into the game should take a lesson and apply it to the next one they chose to participate in.