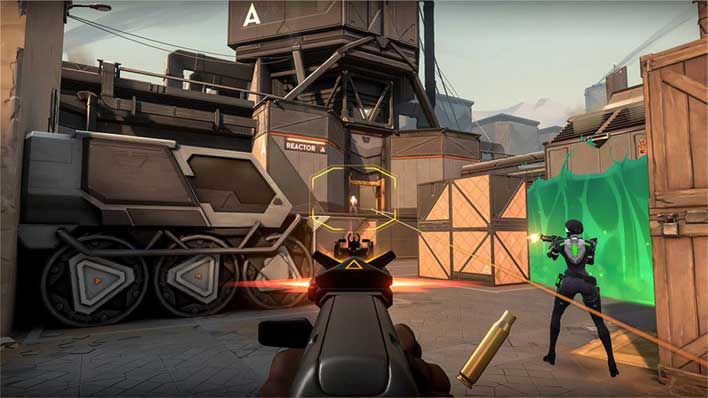 New data has been published by Superdata (a Nielsen company) looking at the video game industry and picking out some of the most successful titles overall. Of all the video games that are covered in the latest data on the global digital games market, one of the most impressive titles is Riot Games' free-to-play title Valorant. Superdata found in its analysis that Valorant had the biggest launch ever for a free-to-play PC title.

Revenue and player numbers for the game put it ahead of what the PC version of Apex Legends was able to do in February 2019. One caveat is that Apex Legends did earn more overall because it also launched with a console version, while Valorant is PC-only. The Riot Games title earned more than its closest PC-only competitor, Counter-Strike: Global Offensive, in June 2020, although CS:GO had a slightly larger total audience.

Valorant did take players away from its competition as Counter Strike player numbers and revenue were down for the second straight month in June. The top 10 grossing games for June 2020 in the PC category were:

Superdata found that digital games across all platforms generated a total of $10.46 billion in revenue for June 2020, which is the second-highest total ever behind revenue in April 2020 that reached $10.54 billion. Digital game earnings were up in part because spending typically increases in the summer, but limited entertainment options due to the coronavirus pandemic, also helped the game market significantly. It's also impressive that Valorant out-earned Fortnite on PC.

Valorant, like most PC games, has struggled with cheaters ruining the game for everyone. In June, Riot Games developers confirmed that accounts that were banned during the beta for cheating would remain banned in the live version of the game. The hardware bans that touched the banned accounts were removed, but new accounts were required.