Most of us do not enjoy hearing or seeing nasty comments from other video game players. These kinds of comments will likely never fully disappear, but game developers are at least trying to make them less common. As such, Riot Games will soon begin monitoring Valorant players' in-game voice communications.

Riot Games will start its evaluation on July 13th. It will only be monitoring voice communications in the English language in North America. This seems logical as the game’s largest player bases are in the United States and Canada. The change was first mentioned in the Riot Games privacy policy this past April where it was noted that the statement, “allows us to record and potentially evaluate voice data when using Riot-owned voice comms channels.”

These initial voice evaluations will not be used to crack down on “disruptive behaviors.” They will instead be used to “help train our language models and get the tech in a good enough place for a beta launch later this year.” This beta will then be utilized for disruptive behavior reports. 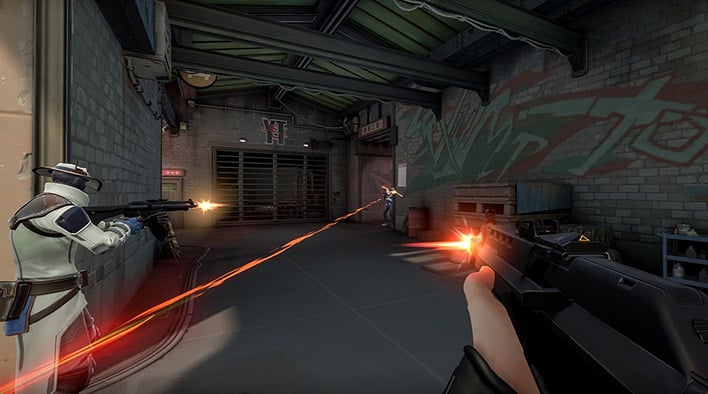 How long does Riot Games plan on keeping your data? It is unclear how long it will store these early voice evaluations. However, the developers noted in their privacy statement that in the future, “after the data has been made available to the player in violation (and is no longer needed for reviews).” It also argued that it will not be constantly listening to players but will potentially “listen to and review voice logs” if you are reported.

Riot Games has actively tried to cut down on abusive player behavior. It noted earlier this year that it has implemented more bans and has granted players the ability to “mute” certain words. It further remarked it is working on doling out “generally harsher punishments for existing systems,” “more immediate, real-time text moderation,” and “improvements to existing voice moderation.”

Valorant is a first-person hero shooter game that was officially released in June 2020. The game had the biggest launch for a free-to-play PC game. The game has remained immensely popular but has been criticized for its often toxic voice communication system. We will see if Riot Games’ efforts will pay off.