Smart home appliances and internet of things (IoT) devices are becoming part of daily life for many. You may even have one of these devices near you right now and it's likely connected to the internet in some way. While the product category may offer some innovative solutions, some products on the market currently fail horribly when it comes to security. UK publication Which? bought 11 different smart doorbells from Amazon and eBay and found that they all failed simple security tests. This means if you have one of these devices, you could be at risk for attacks from nefarious intruders.

You would think (and would want) the thing securing your home to be secure over the network, but that just is not the case with several brands. While brands such as Ring may pass the test, those brands also command higher prices versus these low-cost finds on eBay and Amazon. As they say though, you get what you pay for, and these are just a few of the doorbells that were found to be vulnerable to a variety of attacks:
As it turns out, many people turned to these brands as Ring or Nest were either too expensive or perceived as not worth the investment, as several of these have 5-star reviews or were found at the top of best-selling lists on Amazon. Many of them -- like the Victure device below -- were either “phoning home” to China with unencrypted data (sending info like your Wi-Fi name and password), or were vulnerable to local exploits, allowing attackers to freely burgle your home if they wanted. With another devices, according to the researchers the Qihoo product was easy to remove from its physical base with a simple SIM ejection tool, and its cloud recordings were uploaded to an unencrypted server. 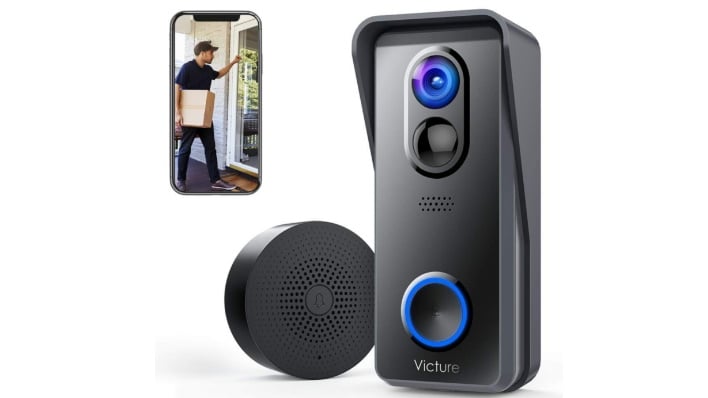 This is an example of what NOT to get.
Get in on this Ring deal instead.

If you are out shopping for a doorbell, perhaps a trusted, well-known name brand is best and worth the investment. eTailer reviews may not tell the whole story, such as device security. After all, it is your house you are securing, so some extra cash up front could be worth it in the long run and cheap insurance. You can get the cheapest Ring doorbell for just $69.99 right now (30% off) and pay $3 a month for cloud recording (but you can stay with the free version as well). You can also take a look at the other sales going on here for doorbells and security devices that actually do their job and are NOT security nightmares waiting to happen.