Given the insatiable global demand for computing chips in various sectors, it should come as no surprise that companies are looking to increase their fab capacity. Intel has committed $20 billion to increase chip output, while TSMC is rumored to build up to six new fabs in the United States alone as part of its $100 billion chip expansion plans. Not to be left out, Samsung also announced significant investments for production in South Korea.

Samsung originally announced that it would commit 133 trillion won ($117 billion) to fab expansion over the next decade. That investment would include a brand-new manufacturing facility in the Pyeongtaek, Gyeonggi Province. However, the South Korean government just announced new tax breaks that have Samsung upping its commitment to investments in the area.

For "large and medium-sized chipmakers" -- which would include companies like Samsung and SK Hynix -- the upper limit of tax credits for research and development would increase from 30 percent to 40 percent. Likewise, smaller firms would see their tax credits increase from 25 percent to the 40 to 50 percent range. Considering that large firms like Samsung previously only received capital expenditure credits of up to 2 percent, this represents a substantial boost from the government. The South Korean government is also significantly boosting tax credits for facility investments, with large firms seeing the most significant percentage increase from 1 percent to 6 percent. 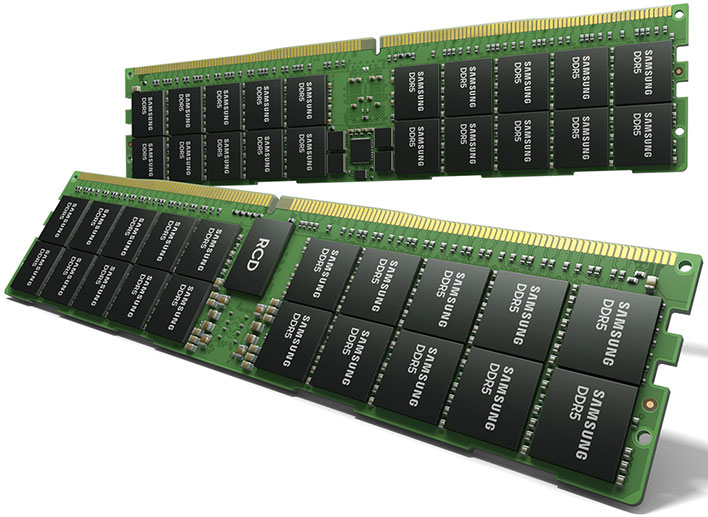 "Based on the prowess of the country's semiconductor industry, Korea will also preoccupy competitive edges in all industries to take a new leap in the post-coronavirus era," said South Korean President Moon Jae-in as reported by The Korea Herald. "Through concerted efforts by the private sector and the government, Korea will overcome the wave of risks of reshaping global supply chains."

"Even in the memory market, where Korea has always been the leader, the competition is getting fiercer," added Samsung Vice-Chairman Kim Ki-nam. "Rather than striving to keep the post, Samsung will make preemptive investments to widen the gap that can never be narrowed."

Samsung recently announced its CLX Memory Expander, which allows the expansion of DDR5 memory via a PCIe 5.0 interface instead of a dedicated DIMM slot. The company is also working on a new Exynos 2200 SoC that incorporates RDNA 2 graphics to take on the best competitive offerings from Apple and Qualcomm.