We learned earlier this week that Intel made some branding changes to its process nodes, and the company gave us some insight into the advanced technology that will underline its Intel 20A node. However, Taiwan Semiconductor Manufacturing Co. (TSMC), the world's largest contract chip manufacturer, isn't sitting idly by. The company announced in April that it would funnel $100 billion into expanding its manufacturing capabilities over the next three years in Taiwan and abroad.

According to a new report, TSMC is well on its way to maintaining a dominant edge as it just received approval for a new 2nm facility in Hsinchu's Baoshan township. According to the Nikkei Asia report, construction on the new facility will commence in 2022, while equipment will be shuttled in the following year. If all goes according to schedule, the Hsinchu facility could be operating by as early as 2024 (2025 at the latest).

What makes the new facility crucial to TSMC's process lead is that chips will be produced on the 2nm process node. This is a relatively aggressive timetable for TSMC, as the company’s 3nm lines are expected to come online in 2022. At this time, we don't know what the production output of the new 2nm facility will be, but TSMC's current GigaFabs can push out 100,000 wafers per month. 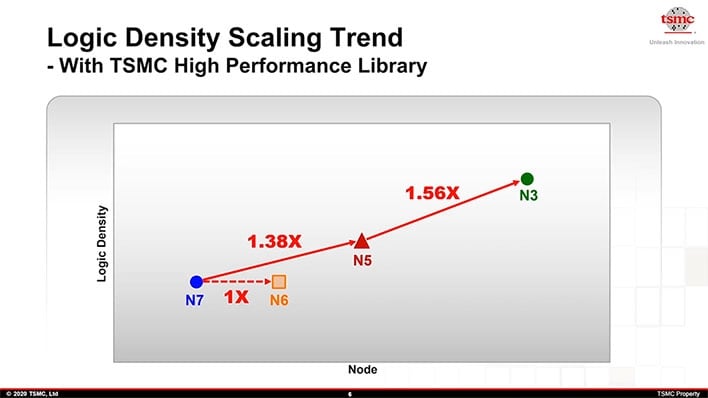 The Taiwanese government is more than willing to keep TSMC happy with incentives to leave production at home. "Semiconductor is one of the most crucial industries to Taiwan's economic growth," said Economics Vice Minister Lin Chuan-neng.

Despite this helping hand from home, TSMC is also diversifying its manufacturing reach with facilities planned for the United States and elsewhere. For example, TSMC already announced a $12 billion chip fab in Arizona, which was initially cleared for 5nm production. However, new reports suggest that the facility could shift to the smaller 3nm node. It's also alleged that TSMC could end up constructing as many as six fabs in Arizona to keep up with U.S. demand alone.

"It is OK for TSMC to expand its overseas footprint, but from a geopolitical perspective, it is very important for Taiwan to have TSMC building its most advanced technology [in Taiwan]," said an unnamed government in the Tsai Ing-wen administration to Nikkei Asia. "[But] we can't hinder TSMC's plans to stay ahead of the competition."