Trump Doubles Down On Apple Backdoors, Says It Has 'Keys To So Many Criminals' 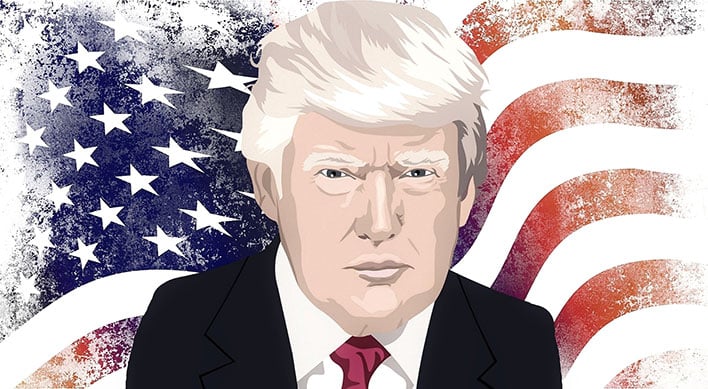 President Donald Trump has butted heads with the US Federal Bureau of Investigation (FBI) in the past, but when it comes to  use of encryption on iPhone handsets, he is squarely in the FBI's corner. Both he and the FBI want Apple to build a backdoor into iOS that would allow law enforcement officials to access locked iPhone devices, a notion he reiterated in a recent interview.

Apple has so far resisted appeasing the FBI in such a manner, due to concerns that such a backdoor would compromise the security of every iPhone and iPad owner on the planet. In lieu of relenting on its stance, Apple helps law enforcement in other ways during criminal investigations where iPhones come into play, such as providing iCloud data upon subpoena.
The issue is making headlines again these days because of a recent shooting on a naval base in Pensacola, Florida, where two older iPhone models that belonged to one of the suspects were recovered.
"Apple has to help us. And I'm very strong on it," President Trump told CNBC Squawk Box co-host Joe Kernen. "They have the keys to so many criminals and criminal minds, and we can do things."
He also said he understands both sides of the argument, that he likes Apple "a lot," and thinks "we should do some encryption." However, "if you're dealing with drug lords, and you're dealing with terrorists, and you're dealing with murderers, I don't care, we have to find out what's going on."
The FBI has been able to unlock older iPhone models with the help of third-party tools. What it would really like, though, is for Apple to be legally compelled to assist with cracking its iOS devices upon request, and that is probably what this recent brouhaha is all about—setting a legal precedent. It would seem the FBI is already capable of unlocking the iPhone models related to the Pensacola shooting.
US Attorney General William Barr also chastised Apple for its stance, claiming the iPhone maker had provided no "substantive assistance" in unlocking iPhone models. Apple refuted the claim.
"We reject the characterization that Apple has not provided substantive assistance in the Pensacola investigation. Our responses to their many requests since the attack have been timely, thorough and are ongoing. We responded to each request promptly, often within hours, sharing information with FBI offices in Jacksonville, Pensacola and New York. The queries resulted in many gigabytes of information that we turned over to investigators. In every instance, we responded with all of the information that we had," Apple said in a statement on Monday.
It's not clear how far the FBI is willing to go this time around. The agency sued Apple several years ago over encryption following the deadly San Bernardino shooting, and though it scored an early victory, it withdrew its lawsuit before the matter went the distance.