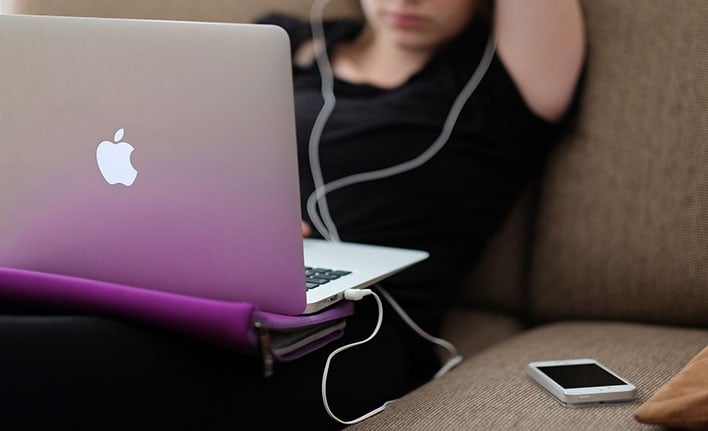 Apple and the FBI have clashed over encryption policies on numerous occasions, with the latter pressuring the former to build a backdoor into iOS to make it easier for authorities to crack into locked iPhone handsets. To this point, Apple has not wavered, or so we thought. New information suggests Apple had planned to support fully encrypted iCloud backups, but relented after objections from the FBI.
In case you have not been following this saga, Apple and FBI butted heads publicly following the deadly San Bernardino shooting in late 2015. The FBI recovered an iPhone 5C that belonged to one of the terrorists involved in the shooting, who was killed in a showdown with police. It then sought Apple's help in unlocking the iPhone. Apple refused, essentially saying it would require building a backdoor into iOS, and doing so would compromise the security and privacy of all iPhone users.
The FBI sued Apple, but later dropped its lawsuit after a third-party helped it crack the iPhone 5C. More recently, the FBI has again sought assistance from Apple in unlocking a couple of older iPhone models that it is already capable of cracking into (with the help of third-party tools), and from the outside looking in, it sure looks like the FBI is attempting to set a legal precedent rather than truly seeking Apple's help this time around.
The question of whether Apple should relent and give the FBI what it wants is up for debate. Incidentally, however, Reuters reports Apple did already yield to the FBI around two years ago, at least as it pertains iCloud backups. While not previously reported, if true, Apple's decision to abandon fully encrypted iCloud backups at the behest of the FBI shows that the tech firm has been willing to cooperate with law enforcement and intelligence agencies.

This is an important distinction, given that Apple has been criticized by government officials over its unwillingness to build a backdoor for the FBI, including in comments made by Attorney General William Barr and President Donald Trump.
"We are helping Apple all of the time on TRADE and so many other issues, and yet they refuse to unlock phones used by killers, drug dealers and other violent criminal elements. They will have to step up to the plate and help our great Country, NOW! MAKE AMERICA GREAT AGAIN," President Trump recently wrote on Twitter.
The recent criticism stems from a shooting last month at a naval base in Pensacola, Florida, in which three people were killed and eight others wounded. Authorities confiscated two iPhone models, an iPhone 5 and an iPhone 7 Plus, both of which belong to the shooter. However, Apple did actually hand over the shooter's iCloud backups, contrary to Barr's claim that Apple had "not provided substantive assistance" in the case.
Concerning iCloud backups, Apple's abandoned plan was to allow fully encrypted backups, meaning it would not retain an key to unlock the data when presented with a court order. As the story goes, the FBI spoke privately with Apple, voicing its concerns that it would prevent an effective means of gathering evidence against criminals, and Apple ended ended up dropping its plan.
"It’s because Apple was convinced," an unnamed source told Reuters. "Outside of that public spat over San Bernardino, Apple gets along with the federal government."