A Total War Saga: Troy Will Be Free At The Epic Games Store But You'll Have To Act Fast 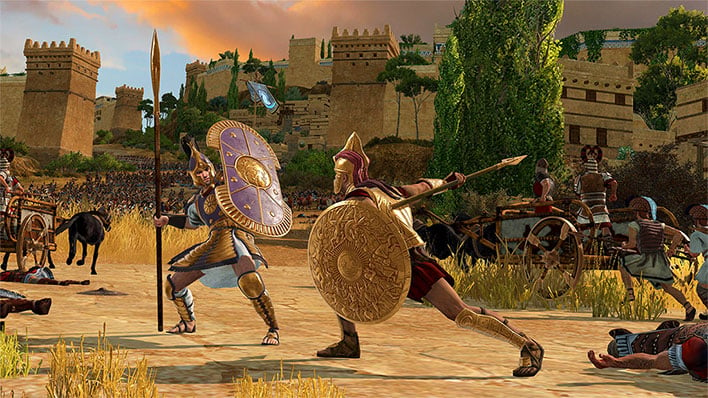 Epic Games has scored itself another exclusive. Publisher Sega and developer The Creative Assembly announced that A Total War Saga: Troy will be headed to the Epic Games Store on August 13, 2020, and nowhere else for a full year. While that may rile up some people, it will be free to claim for the first 24 hours. Those who do can keep it forever.

This is all barring a last-minute delay, of course. Either way, the Epic Games Store will be on the only place to claim A Total War Saga: Troy for around a full year. In a related FAQ, the developer says it will land on Steam sometime in Summer 2021.
"Currently we are only planning on releasing Troy on these platforms," the developer states in no uncertain terms.
A Total War Saga: Troy draws inspiration from Homer's Iliad and brings players back to the Bronze Age, which is further back in time than any previous Total War installment.
"In Troy, the fate of Aegean civilization will be in your hands – each choice you make will shape the lands from the mythical heights of Mount Olympus to the arid deserts of Lemnos. Experience history as it might have happened or shape the legend for yourself in this unique chapter of Total War," the game's description reads.
Whether the 24-hour period to claim the game for free is enough to quell criticism over game store exclusives remains to be seen (my guess is 'no'). Be that as it may, that is the situation. If you are interested in the game, be sure to set a reminder for August 13 with this link to the Epic Games Store product page.
In the meantime, Borderlands: The Handsome Collection is still free at the Epic Games Store and will be until this Thursday, June 4, at 11:00 am. After that, the next free game is expected to be Ark: Survival Evolved.