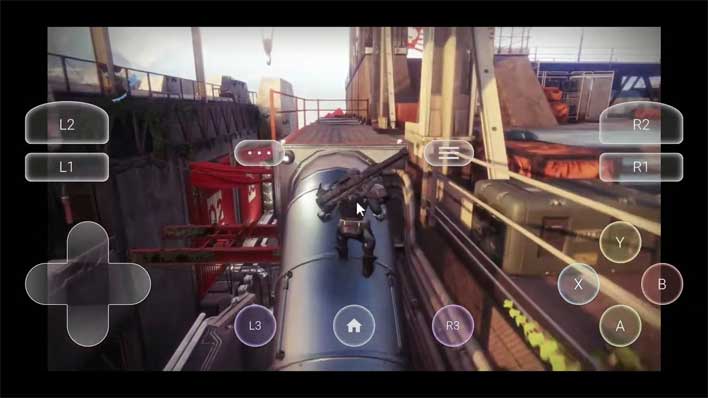 One of the big draws for the Google Stadia service is that you can play video games on numerous platforms, including mobile. One catch for those wanting to play on tablets or smartphones is that you need a controller connected to your device. A new touchscreen controller app called TouchStadia has debuted that can be used with touchscreen devices to add an on-screen controller for playing games.

As excited as some gamers may be at the thought of on-screen controls for touch devices, right now, TouchStadia seems to have a varied experience between players. Some players report that Chrome crashes with the software running and has a lot of lag. Other gamers have reported that everything appears to work without issue.

The other caveat anyone who's ever played a game app that uses touchscreen controls knows is that on-screen touch controls are far from ideal. Having a real game controller certainly provides a better gaming experience. However, it's not practical for many people to travel with a game controller on a daily basis. If TouchStadia works for some gamers, it will be a welcome alternative to carting around a controller that you have to deal with constantly.

In other Stadia news, Google Stadia recently landed for more mobile devices outside of the Pixel series with the entire Galaxy S20 range and others gaining Stadia support.