Tile announced today that they are introducing a new lineup of Bluetooth trackers that boost finding capabilities, and will have a new ultra-wideband tracker and safety features to prevent unwanted tracking coming soon. These new trackers should give buyers a nice alternative to AirTags with full Android and iOS support.

Tile has pioneered finding technology by building trackers that are for everyone and everything, with multiple form factors that can attach to almost anything right out of the box. The new lineup is no different and brings new features along with it. These features include their most powerful tracker to date, a lost and found feature that adds more finders, a new safety feature that addresses unwanted tracking and a new point and locate feature.

The Tile Pro will have Tile’s most powerful tracker to date with a 400 ft. finding range. It also has received a new look and feel to accommodate its most common use with keys. The Mate, Sticker and Slim have all been given a boost as well and have been upgraded to a 250 ft. finding range. This is a 25% increase for the Mate and Slim and a whopping 67% increase for the Sticker. 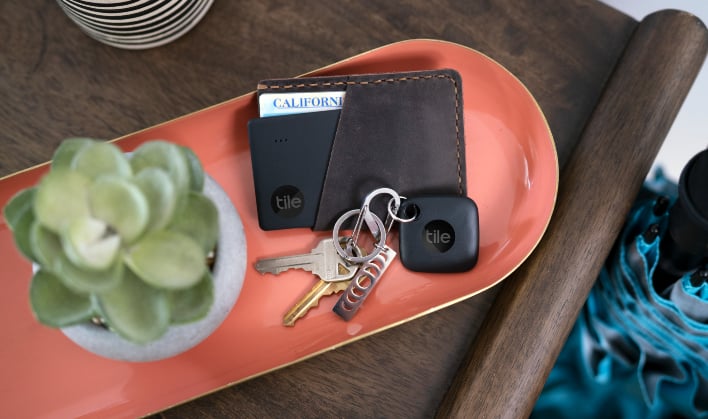 A new feature called Tile Lost and Found has been added to help with the out of home experience. Every Tile (excluding the Sticker) will have a QR code on the back so if a good Samaritan discovers a missing Tile they can scan it, see the owner’s provided contact information, and then coordinate with them on how to return it to the owner. While this feature requires someone to do the right thing, it is a feature that might make the difference between never finding your lost Tile to having it returned by a kind soul.

Tile is developing another new feature it hopes will provide help for victims of domestic abuse and the potential misuse of a device. This feature is being created with the help of an advocacy organization who are experts in domestic abuse.

This new Scan and Secure feature, as it is called, will help those who fear they are being tracked to be able to scan for and detect nearby Tile devices and identify if an unknown device is close to them, even if they don’t have an active Tile account. This added capability will be made available on Android and iOS early next year.

The new Tile Ultra will bring with it another new feature called Point and Locate. This new technology will implement both Bluetooth and Ultra-Wideband, giving users a precise finding experience using augmented reality (AR) to lead the owner to their device. Now finding keys behind a bookshelf or in a noisy environment will be much easier. Tile is also working with Google to make sure that users will have an optimal experience on Android 12 and Ultra-Wideband smartphones. The Ultra will be available in early 2022.