When people think of tracking someone, they may imagine someone stealthy walking up to a car and plonking a hefty magnet with a tracker attached on the undercarriage. However, that is not always the case, as all it takes to track someone within a couple of hundred feet is a $29 Apple AirTag.

Back in April, Apple grew the Find My lineup with the AirTag, an “iPhone accessory that provides a private and secure way to easily locate the items that matter most.” The device leverages the billion-device Find My network to help users located any lost item if an AirTag is separated from its owner and leaves Bluetooth range. The issue with this comes into play when someone tries to track another person instead of a set of keys.

Apple does have some protections against stalking people, however, with its technology, including audio alerts and messages about suspicious AirTags. Though it is unknown if this goes far enough, and Washington Post’s Geoffrey Fowler wanted to test it out to see how easy it was to be “stalked” by a coworker. The colleague dropped an AirTag into Fowler’s backpack and tracked him across the San Francisco bay area for a week. 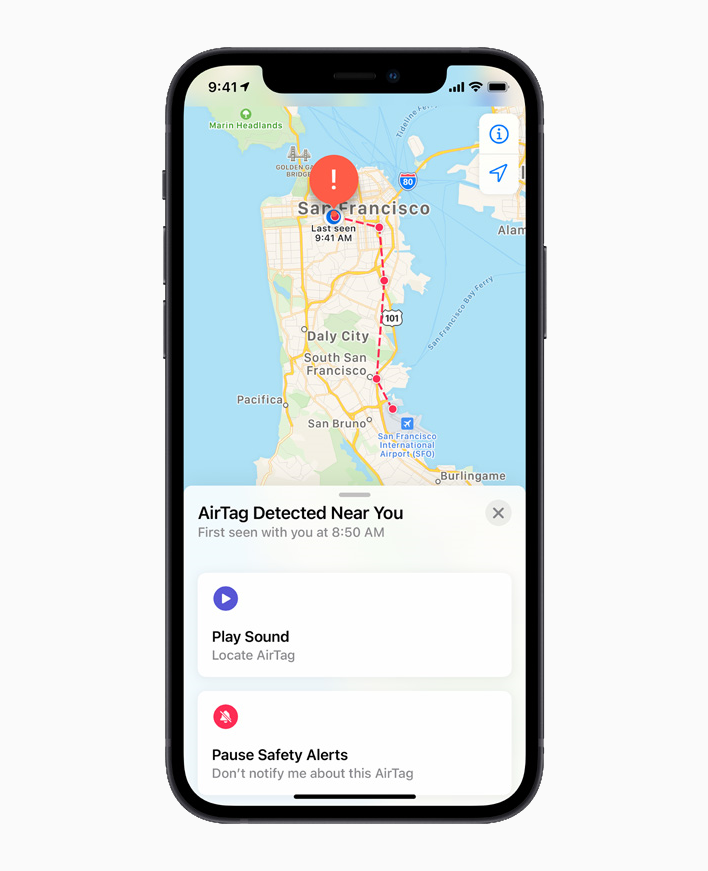 Fowler notes that he received multiple alerts from both the hidden AirTag and his own iPhone but believes it would not be hard to circumvent the protections. Firstly, the audible alarm on the AirTag only rang after three days, which turned out to be “just 15 seconds of light chirping.” Furthermore, as he had an iPhone, he got notifications about the AirTag, whereas Android users would not simply because they are not a part of the ecosystem.

While Apple has evidently “done more to combat stalking than small tracking-device competitors like Tile, which so far has done nothing,” it is still a dangerous game to play. Digital stalking is a real problem when it comes to abusive relationships, and when an abuser can turn off protections easily, it can be concerning. Of course, Apple has designed the AirTags to be updated, so perhaps there will be changes soon, so keep an eye on HotHardware for updates.