With Google's surprise launch of its Android 13 developer preview last week, developers are already uncovering some very cool features. One noted developer has found that it is possible to run Windows 11 on a Google Pixel 6.

While Google may have surprised everyone with its release of the Android 13 developer preview last week, it is no surprise that developers are beginning to share new features they are finding in the upcoming Android OS. One leak pointed to new dynamic themes and notifications being showcased in the OS. And now another leak is indicating that Android 13 will make it possible to run Windows 11 on a Pixel 6. 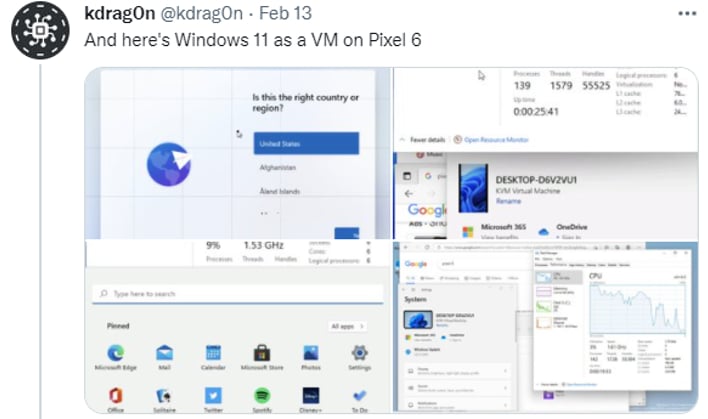 One of the new features expected in the upcoming Android OS is a new mainline module that will allow users to utilize Windows 11 on a Pixel 6 or 6 Pro. Noted Android developer, kdrag0n, posted on Twitter that it is in fact possible to run various Linux distributions and even Windows 11 on a Pixel 6 on the Android 13 developer preview. He did state that it required a few tweaks, but once those tweaks were made, Windows 11 was perfectly usable on his Pixel 6. He shared a video that showed just how well it performs. In his Twitter posts, he also shared some gameplay of Doom. 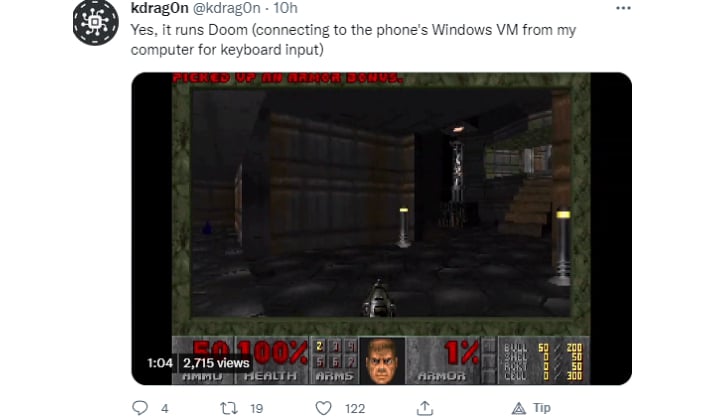 Will Deacon on the Android Systems team refers to virtualization on Android today as "the Wild West of fragmentation." However, it seems Google has developed a new virtualization framework and introduced pKVM (protected kernel virtualization mechanism). This lays the groundwork for standardized VM support. Google is porting Chrome OS' crosvm manager to Android, delivering it to the mobile OS as a mainline module that can be updated independently from the system.
It could be that Google is looking to make the updating and booting process more secure on Android phones with its interest in virtual machines. As of right now, the recompiling process is done on the host OS, which could introduce security implications. Google may be looking to use a more simple version of Android named microdroid that would be utilized to compile certain parts of Android that need to recompiled whenever the Adroid Runtime (ART) is updated. However, this is all simply conjecture at this point and time.

As more information is released concerning Android 13 and possible new features, Google's plan for it will be more clear. But the thought of being able to run Windows 11 on your smartphone is very compelling indeed.