If you are like me, then you are in the habit of collecting free games at the Epic Games Store, because hey, why the hell not? I now own a whole bunch of titles that I may or may not ever get around to playing, as part of Epic's weekly giveaways. The latest one definitely deserves some playtime, though, that being The Spectrum Retreat by developer Dan Smith and publisher Ripstone.
What exactly is The Spectrum Retreat? Well for one, it's free at the Epic Games Store (save $12.99), so long as you claim your copy by July 7, 2021 (offer expires at 11:00 am). Once you add it to your library, it is yours to keep forever (or until the Epic Games Store vanishes, like if a meteor plow into Earth and takes us all out).

Released three years ago, The Spectrum Retreat is a narrative-driven puzzle game, with a first-person perspective. You play as a character who wakes up at The Penrose Hotel, a high-tech retreat that you soon discover is full of mysteries. If you liked Portal, there's a good chance you will like The Spectrum Retreat as well. You certainly can't beat the asking price. 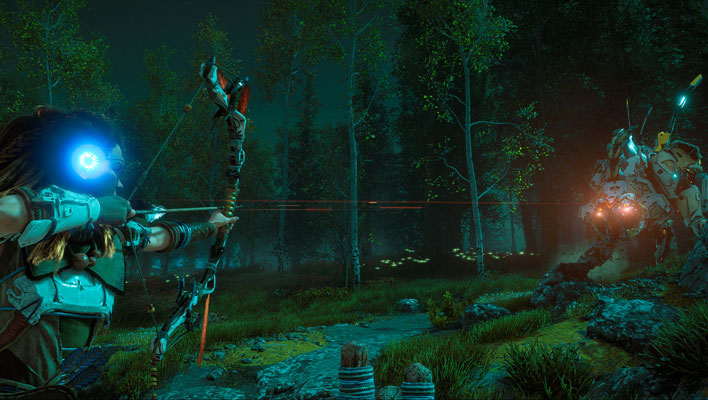 Discounted games abound right now, like Horizon Zero Dawn: Complete Edition, marked down to $29.99 at Steam (save $20). This one was originally a PlayStation 4 exclusive developed by Guerilla Games and published by Sony, but was later ported over to PC.
"Experience Aloy’s entire legendary quest to unravel the mysteries of a world ruled by deadly Machines. An outcast from her tribe, the young hunter fights to uncover her past, discover her destiny… and stop a catastrophic threat to the future," the game's description reads.
It's an RPG that puts you in a future version of Earth that is ruled by machines. There is lots to explore in the open world design, plenty of action, and compelling story.
Here are some other games that are on sale...
Also be sure to check out our roundup of 4th of July weekend deals, among which includes a Dell G15 Ryzen Edition Gaming Laptop for $1,077.99 at Dell (save $381) and a WD Black 5TB P10 Game Drive for $109.99 at Amazon (save $40).