Tesla Remotely Wipes Autopilot Feature On Customer's Model S Without Warning, How Is This Legal? 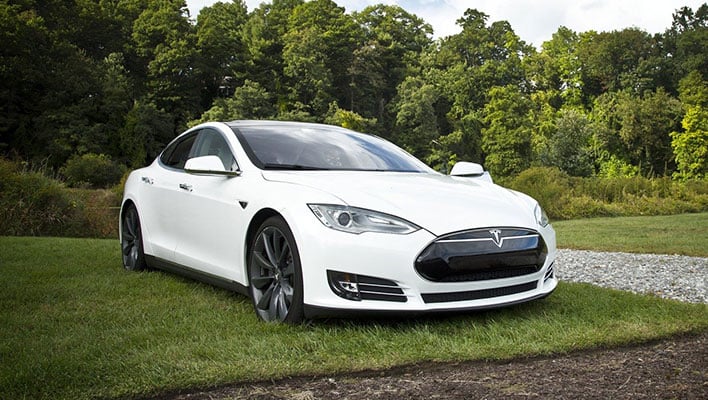 Imagine for a moment that you bought a used car from a dealership, and after doing so, the original manufacturer of the automobile came to your house and began stripping away features that do not come standard with the base model of whichever car you bought. Maybe you call the cops, or perhaps you take matters into your own hands (we don't condone the latter). Either way, it would be an unfathomable situation. Nevertheless, Tesla is under fire for allegedly doing something similar, only instead of physically removing a customer's radio or anything like that, it disabled features on a used car by way of an over-the-air (OTA) software update.
These are not minor features, either—Tesla is said to have disable features it calls "Enhanced Autopilot" and "Full Self Driving Capability" on a used Model S 75D. Enhanced Autopilot consists of Traffic-Aware Cruise Control (matches the speed of the car to surrounding traffic) and Autosteer (assists in steering within clearly marked lanes), while Full Self Driving Capability is a set of technologies that helps the car essentially drive itself.
According to Jalopnik, which broke this story and viewed documents related to the incident, the sticker for the car in question lists the former feature as being a $5,000 add-on and the latter being a $3,000 add-on, for a combined $8,000 in additional goodies. So, what exactly happened? It is not entirely clear, but here is the gist of reported events...
According to the report, a disclosure statement from Tesla to the third-party dealer never mentioned that those features would be removed, when the dealer purchased the vehicle at auction. The car ended up at auction as a result of California's Lemon Law, because the center dashboard display (or Media Control Unit) developed a yellow border, as has been known to happen on some Model S vehicles.
As you might imagine, Alec was confused why those features went missing after performing an OTA update on his vehicle. He reached out to Tesla's customer support, but the response was not anything he expected.
"Tesla has recent (sic) identified instances of customers being incorrectly configured for Autopilot versions that they did not pay for. Since, there was an audit done to correct these instances. Your vehicle is one of the vehicles that was incorrectly configured for Autopilot. We looked back at your purchase history and unfortunately Full-Self Driving was not a feature that you had paid for. We apologize for the confusion. If you are still interested in having those additional features we can begin the process to purchase the upgrade," Tesla told Alec, according to the report.
It's a bizarre situation, and also a bit confusing. Did the original buyer never pay for the upgrades that were included on the car's sticker, or is Tesla essentially attempting to double-dip by charging a subsequent customer for features that were already paid for by a previous owner? That much is not clear.
Either way, this is bad form. Alec did nothing wrong here, and had this been something that required a physical alteration to the vehicle, it's hard to imagine Tesla sending over engineers to covertly strip away any add-ons. And unlike a subscription service like OnStar, the features Tesla removed do not require ongoing fees—it's akin to paying for an upgraded audio system, in that there is the initial cost, and nothing more.
Tesla has not commented on the situation yet, but hopefully it does the right thing and restores the features to Alec. Even if they were never purchased in the first place, the sticker on the car during auction suggests they were part of the package. Tesla should own this oversight (if that's even what it is).