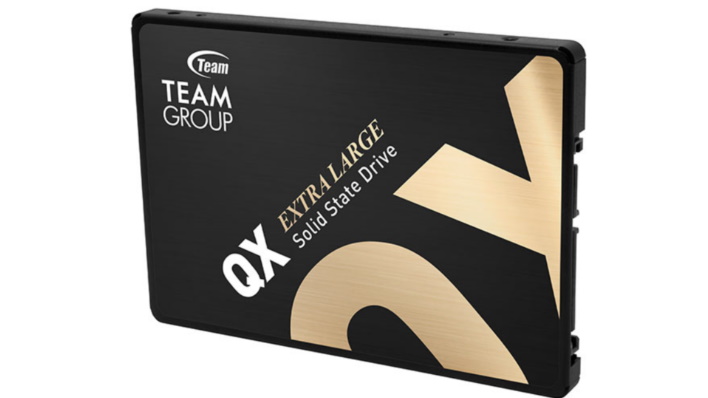 Have you ever needed to store millions of videos, songs, and games (or just 3 whole copies of the new Call of Duty)? TEAMGROUP, maker of memory and storage products, is shaking up the SSD game with QX, the first consumer-grade 15.3TB 2.5” SATA SSD.

This beastly storage device at built with 3D QLC flash memory, which may lead to concerns of overall lifespan. TEAMGROUP quells this concern with the fact that it “has up to 2560TBW of write life.” Also, the QX SSD supports Windows TRIM optimization, NCQ technology, and Wear-Leveling technology, which all contribute to a longer lifespan. Overall, TEAMGROUP states that this device is “super durable” and will revolutionize the 2.5” SATA SSD market.

Under the hood of the QX SSD, we can find “smart dual Cache, including SLC Caching technology and DRAM Cache Buffer,” which TEAMGROUP claims can help to provide 560MB/sec sequential reads and 480MB/sec sequential writes. Now, this is not as fast as a PCIe NVMe SSD (especially newer PCIe 4.0 monsters from Samsung and Sabrent), but for the formidable storage size, we can let it slide. If we wanted to compare it to something, the read and write speeds come within striking distance of the Samsung 870 QVO, Samsung’s lower cost SATA SSD which we reviewed.

The kicker to getting one a QX SSD in your system though, is that it rings in at a whopping $3,990. It is not all that competitive on the scale of $/GB at $.25/GB, but ultimately, the QX is for those who have deep pockets and big storage needs.

In any case, hopefully we can get one of these things in house to prove their claims and show it off. When all is said and done, 15.3TB is an insane amount of storage for an SSD. Though the price may scare you off, it is crazy to see the technology develop and provide this much storage.