TeamGroup is targeting customers looking for large-capacity SSDs, but don't want to compromise too much on performance. The company's solution is the new T-Force Cardea Z44Q family, which uses the PCIe 4.0 interface along with value-conscious 3D QLC NAND to keep pricing in check.

Although the SSDs are, of course, backward compatible with the PCIe 3.0 interface, you'll want to use PCIe 4.0 to take advantage of up to 5,000 MB/sec sequential read speeds and 4,000 MB/sec writes. That's far better performance than you'd find in PCIe 3.0 SSD counterparts and miles ahead of comparable large-capacity SATA solutions. According to TeamGroup, random reads and writes are listed at up to 350K IOPS and 600K IOPs, respectively. The T-Force Cardea Z44Q is also backed by a MTBF of 3 million hours and a 5-year warranty. 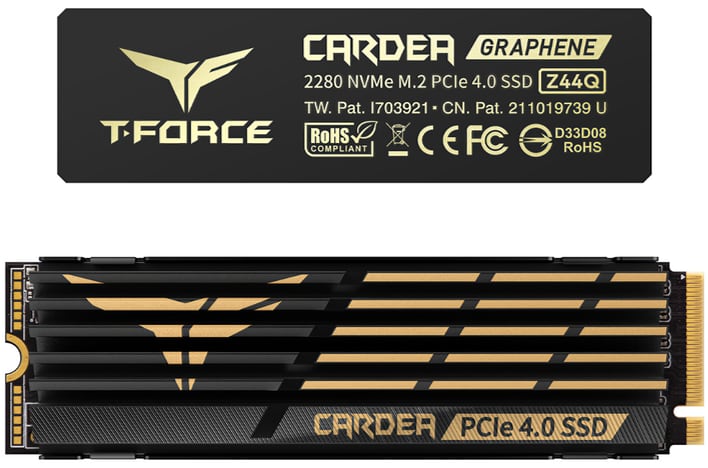 Given that these SSDs are part of the Cardea family, they include two methods of cooling aimed designed for either laptop or desktop usage. An ultra-thin graphene heatsink (reduces temps by 9 percent) is available for use in notebooks, while a high-strength aluminum heatsink (15 percent temperature reduction) is available for desktop applications. Given the immense heat generated by today's blazing fast PCIe 4.0 SSDs, performance throttling is a big concern. So, while the graphene heatsink is undoubtedly an optimum solution for laptops, it is likely to be subject to more frequent throttling than its aluminum heatsink counterpart. Whatever the case, both cooling solutions are included in the box from TeamGroup. 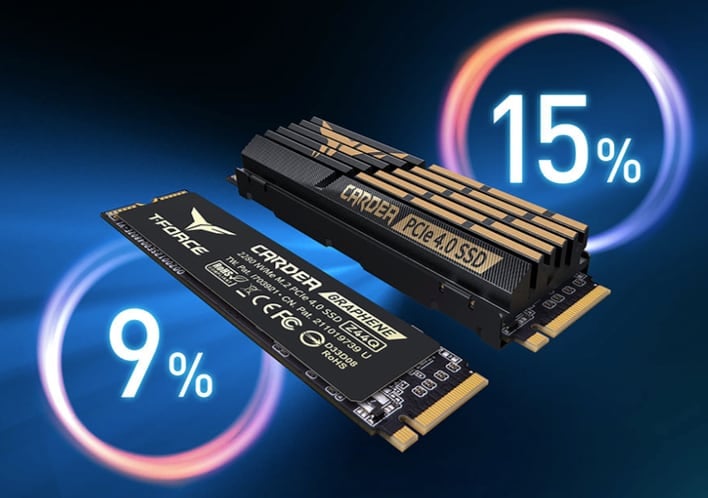 The T-Force Cardea Z44Q is available in two capacities, 2TB and 4TB, rated at 400 terabytes written (TBW) and 800 TBW, respectively. In addition, the latter model will net you the highest performance across the board in sequential/random (read/write) performance.

According to TeamGroup, the 2TB and 4TB T-Force Cardea Z44Q SSDs will be available soon from retailers like Amazon with an MSRP of $350 and $690, respectively.