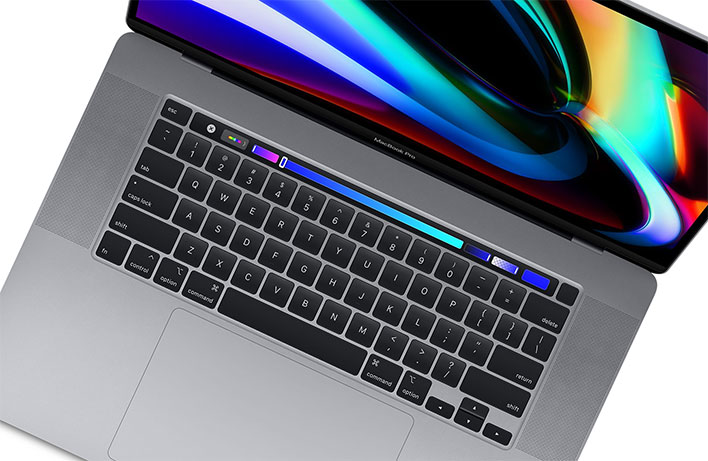 After winning an Oscar for Best Adapted Screenplay for his film "Jojo Rabbit," Taika Waititi threw some comedic shade at Apple's laptop keyboards, saying "they are impossible to write on" and makes him want to go back to using PCs. Incidentally, the film director, writer, and actor was not referring to the troubled history of Apple's keyboards.
"Apple needs to fix those keyboards, "They are impossible to write on—they’ve gotten worse. It makes me want to go back to PCs. Because PC keyboards, the bounce-back for your fingers is way better. Hands up who still uses a PC? You know what I’m talking about. It’s a way better keyboard. Those Apple keyboards are horrendous," Waititi said.
Waititi, who directed "Thor: Ragnarok," was responding to a question about what needs of writers should be addressed by the Writers Guild of America during upcoming talks. The open-ended question left room for a wide range of answers, but anyone who says they would guessed Waititi would go on a mini rant involving Apple's laptop keyboards is, quite simply, a liar.

Taika Waititi jokes about what writers should be asking for in the next round of talks with producers: “Apple needs to fix those keyboards. They are impossible to write on. They’ve gotten worse. It makes me want to go back to PCs” #Oscars pic.twitter.com/vlFTSjCfZm

His humorous response came out of left field. Whether he was completely joking, half-joking, or being totally serious, well, that's up for debate.
"I've got some shoulder problems, I've got OOS—I don't know what you call it over here—which is that tendon that goes from the forearm down into the thumb. You know what I'm talking about, you guys who are writing," Waititi added.
Waititi then demonstrated opening a laptop and scrunching his hands together, to highlight an uncomfortable typing experience. As far as I'm concerned, typing on most laptops is, at best, a merely serviceable experience, regardless of whether it's a MacBook or a Windows laptop.
Apple's laptop keyboards have a spotty history. Around this time last year, Apple acknowledged an issue with its third-generation butterfly keyboards, saying it was aware if affected a "small number of users." However, Waititi's complaints seem centered on ergonomics, and not failure rates, though.
"The WGA needs to step in and actually do something," Waititi said.