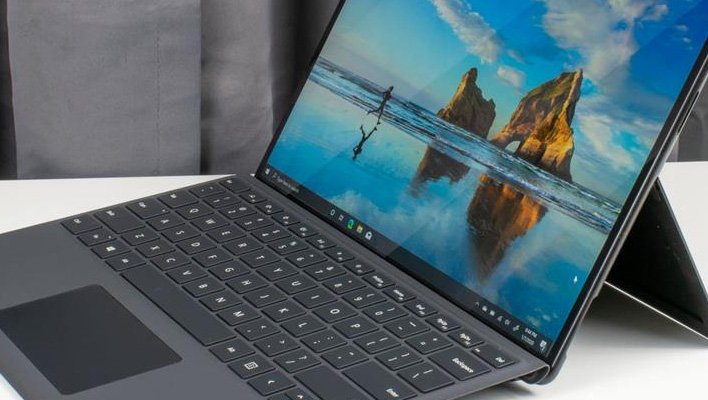 Having spent some hands-on time with the Surface Pro X, we can say it is an interesting and even a promising device (see our review of the Surface Pro X for an in-depth analysis). There is definitely room for some improvement, though. And improvements are likely coming, according to the latest rumors surrounding a refreshed Surface Pro X.
The Surface Pro X is Microsoft's attempt to leverage Arm hardware in its Surface product line. Arm is everywhere these days, from smartphones and tablets, to a wealth of Internet of Things (IoT) devices, and everything in between. And more recently, Arm has found its way into some Windows 10 PCs (which importantly should not be confused with Windows RT).
According to what Windows Central heard from its sources, Microsoft will be making a few specific upgrades to the next iteration of the Surface Pro X. Chief among them is swapping out the SQ1 processor that powers the current generation model and replacing it with an SQ2 chip. This would obviously be a faster part, but it could also introduce 5G support as well.
Those aforementioned sources have not said anything about 5G, however it seems likely the SQ2 will be based on Qualcomm's Snapdragon 8cx Gen2. According to Qualcomm, this chip offers "50 percent greater system-wide performance and battery life versus competing solutions." It also ships with a standalone Snapdragon X55 5G modem, unlike the previous generation version.
Microsoft's SQ1 is a modified version of the Snapdragon 8cx, and the SQ2 will undoubtedly be tweaked as well. So, it it is not a foregone conclusion that 5G connectivity will be included. It seems probably, though, with so much hype surrounding 5G these days.
There is also talk of Microsoft baking in 64-bit x86 app emulation. The current-gen Surface Pro X is not able to emulate 64-bit x86 apps, only 32-bit apps, so there is one area of potential improvement. Most apps are available in 32-bit form, but for the ones that are not, this would be a nice upgrade.
Finally, on the cosmetic side of the coin, it's said Microsoft will introduce a Platinum color option the refreshed Surface Pro X, just as it does with the regular Surface Pro.
Look for the next iteration of the Surface Pro X to arrive next month.