In today's work from home climate, a reliable internet connection is more important than ever. From logging in to corporate networks and remote meetings from home, to kids trying to access online assignments while simultaneously joining in on Google Meet/Zoom sessions, high-speed internet is now of even greater importance and an essential utility for virtually anyone.

Some internet service providers (ISPs) have taken advantage of the situation by raising prices and instituting consumer-unfriendly data caps. Comcast caught quite a bit of [warranted] flak for planning to implement data caps in the northeastern United States during a pandemic, and has twice been forced to delay the policy's enactment.

Why You Too Should Fight Back Against Your ISP

For the past four years at my current address, I've been solely using Spectrum Internet with the company's 200 Mbps plan (15 Mbps up) – I long ago cut the cord with respect to a TV programming bundle. Things started well enough at $64.99 just for internet service. However, after about a year and a half, the price crept up to $69.99. Then a few months ago, the price inched up by another $5/month to $74.99. During this time, I brought my own cable modem and mesh router to the table, and my internet speeds haven't increased at all. So, in essence, I was paying more for the same service. Yeah, not good.

In my small town of Garner, NC (which is southeast of the state's capital, Raleigh), I have just three options:

Google Fiber is available in certain parts of Raleigh and Cary but not out in my more rural neck of the woods. AT&T doesn't even service my address, which means that the company's 1 Gbps fiber option is also out of the question. So that leaves me with Spectrum as my only viable choice for high bandwidth connectivity – CenturyLink and EarthLink are non-starters for obvious reasons.

Part of my motivation to do something about my current situation was a post over on Slickdeals about a Spectrum Internet Ultra promotion in Charlotte, NC. A member posted about a flyer they received in the mail, advertising 400 Mbps Spectrum Internet Ultra for $29.99/month for two years without a contract. At this point, I'm asking myself, "Why the heck am I paying over twice that price for half the download speeds with the same company?"

Well, it all comes down to competition. In the Charlotte market, Spectrum offers up to 940 Mbps internet speeds which is available to 100 percent of households according to BroadbandNow. AT&T Fiber offers up to 1 Gbps speeds, with service available to 73 percent of residents. Finally, Google Fiber with 1 Gbps speeds (soon to be 2 Gbps) is available to 10 percent of Charlotte residents. In other words, Spectrum has more of an incentive to offer customers this enticing pricing for an extended period in the competitive Charlotte market.

Getting Positive Movement From An ISP On Pricing And Internet Speeds

I decided to flex some muscle by calling Spectrum's customer retention department, which you can access by telling the automated voice prompt that you want to "disconnect your service." Not surprisingly, I didn't have to wait long to speak to a representative who was eager to hear why I wanted to cancel my service (I’ve been a Time-Warner Cable/Spectrum customer for 15 years through three address changes). I explained that I wasn't satisfied with the price increases with nothing to show for it and brought up the Charlotte Spectrum Internet Ultra promotion for $29.99.

I was assured by the representative that there was no way that I'd be able to get the $29.99/month pricing but that the representative claimed she would do everything in her power to keep me as a customer. After roughly 45 minutes on the phone – while being placed on hold for extended periods to fix “promotional code issues” – the representative came back with a final offer. I would be upgraded to Spectrum Internet Ultra with 400 Mbps download speeds (doubling my current plan) and 20 Mbps uploads (up from 15 Mbps), for the next three years. Better still, my monthly price would fall back to the $64.99 level (also for the next three years).

It's not $29.99/month – and I honestly didn't think that I'd be able to score that price – but I did manage to increase my internet speeds while paying less money. I'd chalk that up as a win in my book. Sure, it took 45 minutes of my time to get the speeds/pricing locked in for the next three years, but I'm saving $120 a year compared to what I was previously paying, and getting faster service to boot.

The most significant difference I've noticed, however, is with the upload speeds. Even though Spectrum advertised my previous plan as 200/15, I always saw upload speeds of around 10 to 12 Mbps. Now that I've been upgraded to Spectrum Internet Ultra, my upload speeds are pegged at a consistent 22 Mbps. Sometimes it's the little things that can make a big difference in your daily workflow, especially with Google Meet and Zoom calls.

It Doesn’t Hurt To Ask For A Deal, Just Don't Fall For The Contract Trap

The experience that I have outlined is specific to Spectrum, but the process should be similar for other ISPs around the county, including Charter and Comcast (among others). If you've seen your internet or TV bill increase slowly (or all at once), it doesn't hurt to call and explain your frustrations. You could bring up the fact that you're a loyal customer or just threaten to leave altogether for a competitor (if you even have that option). 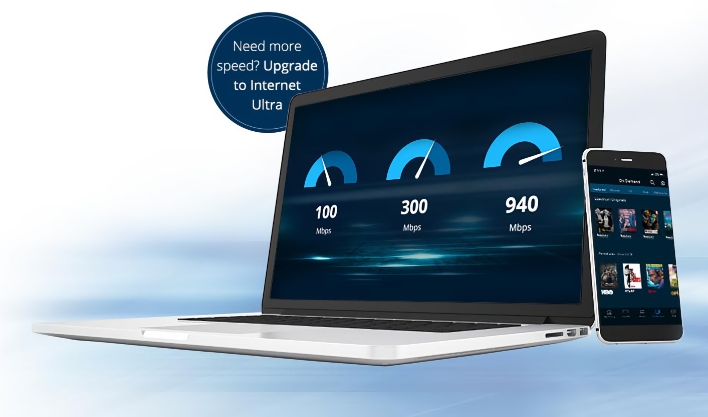 Depending on the rep that you get, they could simply say no, but it doesn't hurt to try. If one representative turns you down, call back later in the day and see if you can get someone else but regardless, be persistent. One thing that might have helped in my favor was being a customer for a decade and a half. I also have Spectrum Mobile phone service with the company, which is even more of an incentive to keep a happy customer.

Interestingly, Spectrum could have told me to go pound sand. I have no other viable broadband options in my area, so it’s Spectrum or put up with 3 Mbps service from the likes of CenturyLink. But the fact that they were willing to budge without much fuss shows that there’s plenty of room for ISPs to work with customers on pricing and service – they just choose not to unless their hand is forced.

Bottom line: this is your money at in play here; make your ISP work for it and you.