Comcast Delays 1.2TB Data Caps In Over A Dozen States After Pennsylvania AG Gets Tough

Comcast brought some Grinchy bad news to its internet subscribers in late November 2020 when it announced new data caps for millions of customers in the northeastern United States. The company justified the move, saying that only 5 percent of its customers went over that allotment within a billing cycle. Any customer that went over the 1.2TB data cap was charged for $10 for each additional 50GB of data consumed (capped to $100 in overage fees).

States affected by the data cap included Connecticut, Delaware, District of Columbia, Massachusetts, Maryland, Maine, New Hampshire, New Jersey, New York, North Carolina, Ohio, Pennsylvania, Virginia, Vermont, and West Virginia. However, thanks to the work of Pennsylvania Attorney General Josh Shapiro, Comcast has agreed to delay the implementation of the data cap until July. With this delay, customers who blow past the 1.2TB cap won't see any data overage charges until their August 2021 bill arrives.

“As Pennsylvanians continue to navigate this pandemic, we know millions are relying on the internet for school and work more than ever. This is not the time to change the rules when it comes to internet data usage and increase costs,” said AG Shapiro. “My office negotiated with Comcast to delay the implementation of these overage charges and waive any early termination fees for customers who opt out through December 2021. We also limited the impact of these changes on low-income households.” 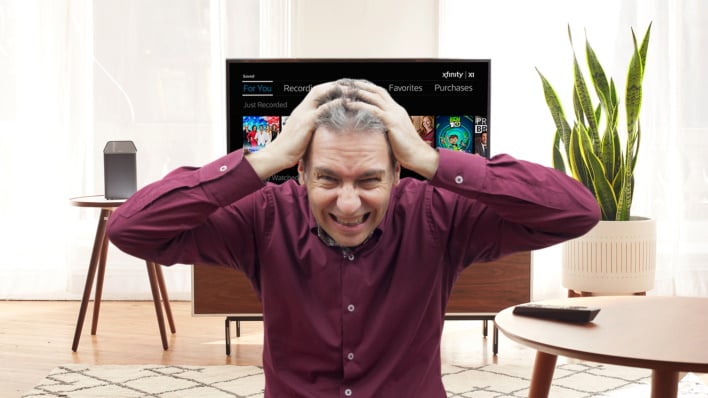 In addition, it's been announced that early termination fees are being waived for all Xfinity services through at least December 31st, 2020. This, however, only pertains to customers that had a contract in place prior to November 2020.

It's quite surprising that Comcast would have instituted these data caps in the first place, especially considering that we're in the middle of a pandemic with people working (and learning) from home daily. Many customers saw this is an outright money grab by Comcast, and unfortunately, most customers don't have the option of going to another broadband ISP in their market even if they wanted to (though that's a whole different can of worms).

"We are committed to evaluating and adapting our approach to best serve the needs of our customers, particularly in these challenging times," said Comcast in a statement. If that were truly the case, however, Comcast wouldn't have been in the situation in the first place...