SteelSeries just expanded its lineup of featherlight gaming mice with three new models— Aerox 9 Wireless, Aerox 5 Wireless, and Aerox 5—that up the ante with more buttons. In doing so, SteelSeries says it is answering the call from its gamer fan base for more configuration options, while also laying claim to the "lightest multi-genre and MMO/MOBA mice on the planet."
That doesn't mean the new additions are the absolute lightest around. Instead, SteelSeries is basically saying the button to weight ratio doesn't get any better than it does on the expanded Aerox lineup. We'll leave competing mouse makers to defend their goods if they so choose, but to the point, these are incredibly lightweight peripherals. 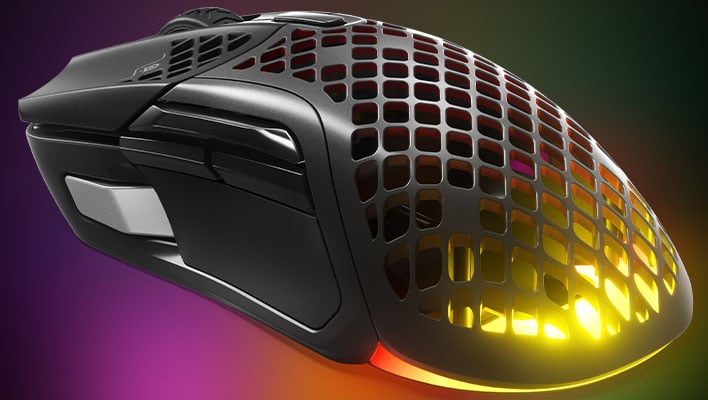 The lightest of the bunch is the Aerox 5, a wired rodent checking in just 66 grams. That's a slight increase from the Aerox 3 2022 Edition that weights 59 grams, but the added weight nets three more customizable buttons for a total of nine. It also features an upgraded sensor with a rated 18,000 CPI (versus 8,500 CPI).
Those who opt for the wireless version benefit from the same button and sensor upgrades, for another small increase in weight—the Aerox 5 Wireless checks in at 74 grams. It connects by way of a 2.4GHz wireless dongle or Bluetooth and, according to SteelSeries, lasts for up to 180 hours. Using Quantum 2.0 wireless technology, SteelSteries also says a 15-minute charge yields at least 40 hours of of play time. 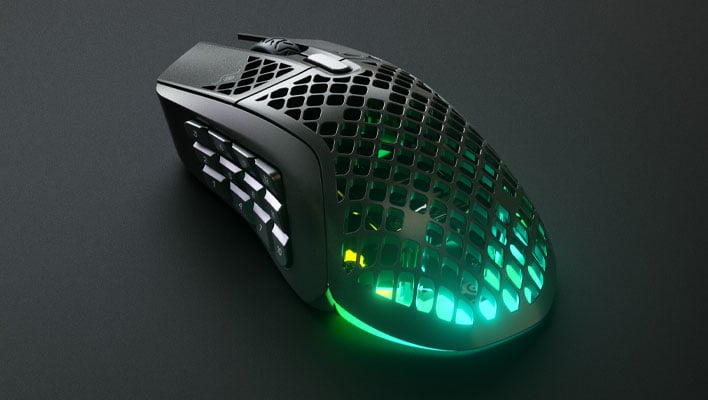 Then at the top of the stack is the Aerox 9 Wireless. This one weighs 89 grams and comes equipped with a 18 programmable buttons, including a dozen thumb buttons. Like the Aerox 5 Wireless, SteelSeries touts up to 180 hours of gaming on the Aerox 9 Wireless, and 15 minutes of charging to regain 40+ hours of usage.
All of these mice adopt the holey shell design language that has become popular in a lot of lightweight gaming mice. They also feature customizable RGB lighting and "AquaBarrier" technology for an IP54 rating to provide water resistance and protection from dust and dirt.
The Aerox 9 Wireless ($149.99), Aerox 5 Wireless ($139.99), and Aerox 5 ($79.99) are all available now.