Steam Deck Dock Gets A Sweet Upgrade Before It's Even Released

It's official. Valve's Steam Deck has finally launched, and initial pre-orders are shipping. Although, the Steam store still states that the only thing you can do is reserve for the next shipment date, which is out in Q3 of 2022 right now. Regardless, for some users who do already have or are getting the device, there is a glaring omission and it's the Steam Deck Dock. Try saying that ten times fast.

Unfortunately, the Steam Deck Dock did not ship alongside the Valve's Steam Deck itself. That launch omission does present a problem, mainly because enthusiast gamers are currently of the mindset that the Steam Deck does not seem to be targeting PC gaming space, but rather a more broad mobile gaming market, like the Nintendo Switch. Of course it does play PC games, can even run Windows, and it is chock-full of PC hardware after all. For those tech savvy enough, it is even possible to mod the Steam Deck for external GPU support. 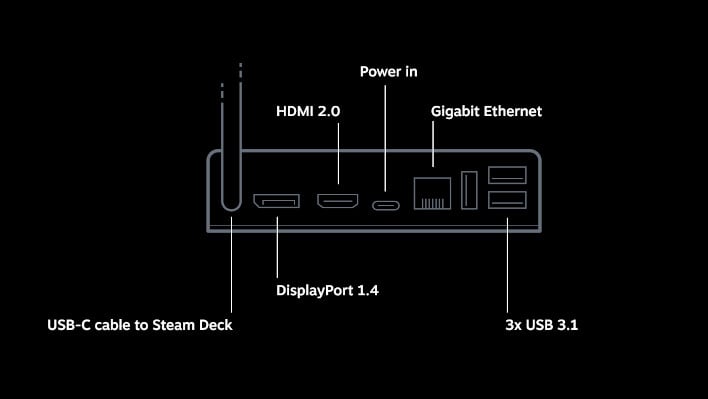 
Still, delays in shipping accessories like this may not be all bad news, because it looks like the dock got an upgrade before it even arrives in market. Initially marketed with one USB 3.1 port and two USB 2.0 ports, the Steam Deck Dock now looks to have all USB 3.1 ports. That is fantastic news considering that USB 3.1 Gen 2 supports a data transfer rates of 10 gigabits per second compared to USB 2.0's measly 480 megabits per second. How is that increase in data transfer rate useful? Well, that extra bandwidth can actually provide better speeds for file transfers, external disk drives, and even additional external displays beyond the additional DisplayPort 1.4 and HDMI 2.0 ports, drivers permitting of course. 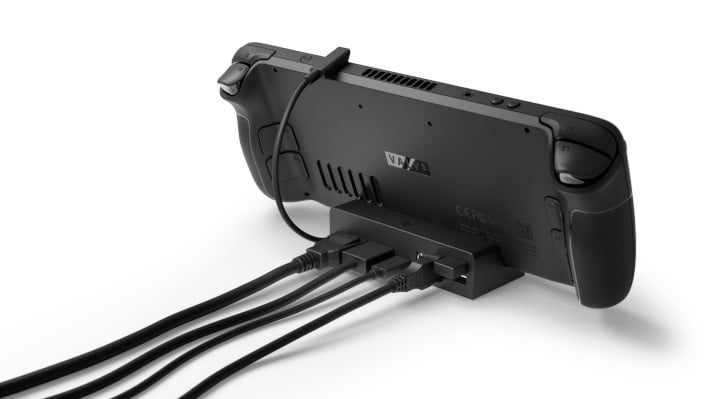 
Though a fourth display on top of the Steam Deck and two display outputs is a bit of overkill, the bigger deal would be that data transfer rate for external hardware. It means on the lower capacity Steam Deck models it could be much easier to store large games or large libraries on an external storage solution. Admittedly this would be slower to load than on-board storage, but it is definitely something that fits into the "use it how you want" mentality Valve seems to be putting forth with the device. Valve has gone so far with that idea as partnering with iFixIt for manufacturing after-market replacement parts and even posting a teardown video themselves. Though the dock is not available for reservation or purchase just yet, you can definitely still reserve a Steam Deck.