With the COVID-19 pandemic pummeling the world’s population hard over the past three months, many have retreated to their homes to conduct business, complete schoolwork, and of course, play video games. So perhaps now is a better time than ever for Google to launch the free tier of its Stadia game streaming service that it has long promised.

Google says that it is now opening up the free tier for anyone that signs up at Stadia.com. In addition, everyone will get a two-month trial to Stadia Pro. That even includes current subscribers to Stadia Pro, who will simply see their current subscription extended by two months. According to Phil Harrison, VP and GM of Google Stadia, the rollout will occur over the next 48 hours across 14 countries. 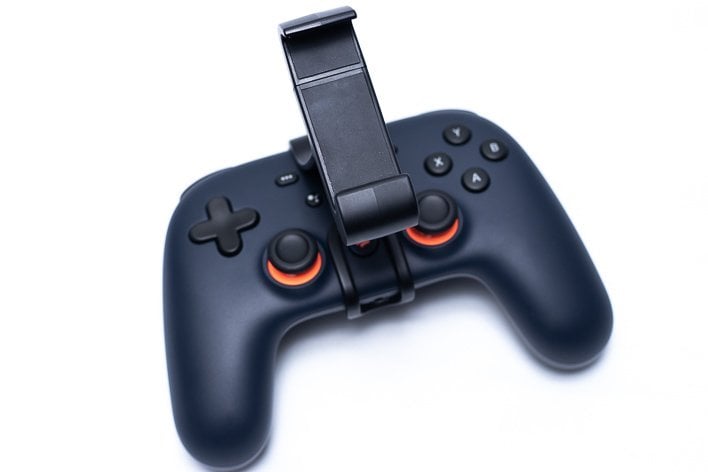 Once you sign up for your two free months of Stadia Pro, you’ll gain access to nine games including GRID, Destiny 2: The Collection, and Thumper. You’re likely to want additional games to add to your library, and you can do so by purchasing them through the Stadia Store.

After your two-month Stadia Pro trial expiries, those on the Stadia free tier will be limited to 1080p streaming and 60fps. Audio will also be downgraded to just stereo sound. In all honesty, that doesn’t sound so bad to us for those that simply want to stream games on the go from a laptop, smartphone or tablet.

On the other hand, A Stadia Pro subscription gets you 4K/60 streaming with HDR support, 5.1 surround sound support, periodic free games, and discounts on games. It also costs $9.99/month on top of the cost of any games that you purchase.

It should be noted that in the face of the increase in internet traffic due to everyone hanging out at home, Google is making some changes to how Stadia operates. Harrison explains:

For Stadia, we’ve always adjusted bandwidth use based on a variety of in-home and local internet factors. To reduce load on the internet further, we’re working toward a temporary feature that changes the default screen resolution from 4k to 1080p. The vast majority of people on a desktop or laptop won’t notice a significant drop in gameplay quality, but you can choose your data usage options in the Stadia app.

You can visit Stadia.com to sign-up for the service, and you’ll need to download the Stadia app for iOS or Android if you want to game on those platforms.